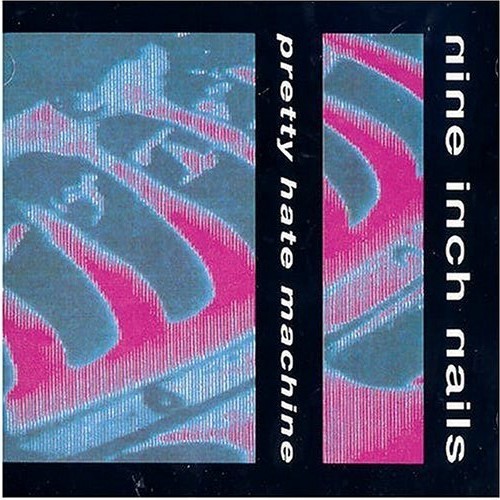 Released: October 20, 1989
Producer: Trent Reznor, Flood, Adrian Sherwood, Keith LeBlanc, John Fryer
Length: 48:42
Trent Reznor did not invent industrial music. But with his 1989 debut as Nine Inch Nails he might as well have. When I first heard Pretty Hate Machine I was floored. This was angry, aggressive machine music – everything New Wave wasn’t. I gotta say, the eighties kinda left me cold. Besides American Hardcore and a handful of post-punk acts there was little around that really captured my interest. (Well, maybe REM.) Toiling as a janitor in Cleveland by day and feverishly recording at night he sent out demos and received numerous offers. Oddly choosing a label that was best known for releasing TV theme song albums, TVT hardly seemed like a good fit – as his battles with them would later prove. There are those who site follow-up The Downward Spiral or 1999’s The Fragile as the pinnacle of the NIN discography. I respectfully submit that those people are just plain wrong. With all the moving pieces perfectly in place, Reznor would never eclipse this 1989 masterpiece.

I allow for the greatness of other NIN releases, but I make my case solely on the merits of the songs themselves. Working with various producers in a multitude of studios did nothing to dull the razor sharp vision of Pretty Hate Machine. From the onset it was obvious that this was not a record for the faint of heart. Opening with “Head Like A Hole” the gauntlet was clearly laid down. The target, money and people’s pursuit of it, may not have been the freshest take ever but the sheer ferociousness with which he attacked it was startling. The beat was driving and the melody divine. It was, however, the power of his tortured vocals that cemented this track as one of his best ever. The next two songs were almost as good: “Terrible Lie” and the first single “Down In It” kept the dance rhythms going while Reznor’s insecurity about God and life infest every lyric. Then came the surprise. “Something I Can Never Have” stands as the album’s crowning achievement and presages much of what Nine Inch Nails would do for the next two decades. It’s stark, lonely and beautiful in its sheer desolation. Sitting at the midway point in the album gave the song additional weight – as if it needed any more! The obsession of an unrequited lover has perhaps never been so perfectly emoted as: “You make this all go away/I’m down to just one thing/And I’m starting to scare myself.” 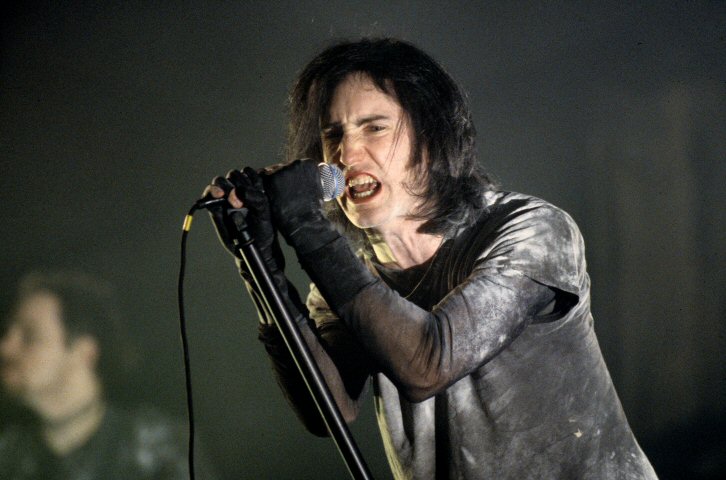 The second half, though solid, doesn’t work quite as well and, in some places, sounds a little dated. The guitars kind of disappear and we only get one timeless tune, the album’s third single “Sin.” In fact, the album ends with a retreat of sorts with the very eighties sounding “Ringfinger.” These are really minor complaints as the album flows effortlessly and at the time of its release I loved all ten songs about equally. It is only with through the prism of 24 years of listening to this thing that I nitpick.
So we can give Throbbing Gristle, Cabaret Voltaire and Ministry credit for being pioneers of the genre, but it took Trent Reznor to bring this new sound to the public en masse. And it is also true that this album was overlooked until The Downward Spiral put NIN on the map with “Closer” and “Hurt.” But this debut came fully-formed as Reznor willed himself into a rock star. Never again would the songs be this insanely catchy or the guitars and synths so miraculously complement each other. He would have to hire a band to tour and the solo artist became a band on stage. Pretty Hate Machine pre-dated the Woodstock reboot and Marilyn Manson. It is the cry in the wilderness of a twisted genius straining against the norm and against the odds. It’s the story of redemption in the face of obscurity. And it was really, really good.
Deep Cuts: “Sanctified”, “Something I Can Never Have”, “That’s What I Get”
Artists Influenced by Nine Inch Nails: Marilyn Manson / Korn / Filter
Interesting Fact: Reznor was a member of the Cleveland new wave band Exotic Birds during the mid-eighties. He sang and played keyboard. They sounded like a million other bands. Who knew?
What is Nine Inch Nails up to now: The latest NIN’s album, Hesitation Marks (TFN Review), was released earlier this year to strong reviews. He is now married with children. So it goes.