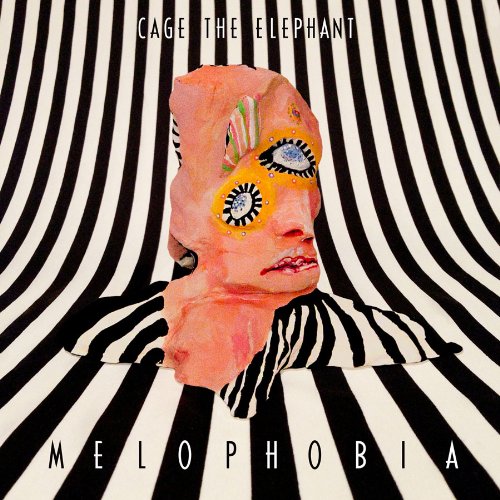 Fire Note Says: Cage The Elephant’s uneven third LP Melophobia has some great moments.
Album Review:
Bowling Green’s (KY) Cage The Elephant has returned with their third LP, Melophobia. Cage The Elephant has been a popular band in their first two outings and their sound remains true in all its crowd-pleasing glory. This is true in the sense that there is a song here that is probably to your liking, but not one that captures the magic of previous singles “Ain’t No Rest For The Wicked” or “Shake Me Down.”
Cage The Elephant uses a shotgun approach on Melophobia with many different sounds and types of songs. The phrase jack of all trades but master of none definitely resonates here. The band even admits that it was difficult for them to find cohesiveness while trying to blend five disparate voices. Such self-awareness doesn’t lend itself to a change that would help the album to feel tighter. 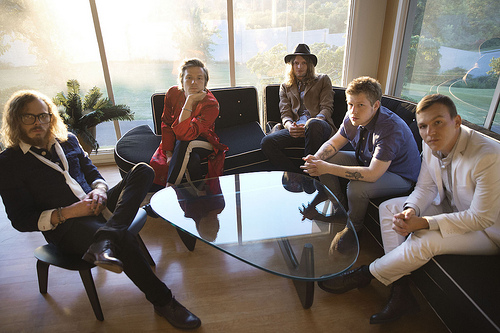 Surprisingly Cage The Elephant sounds the best on their more straightforward tracks. “Halo” comes closest to having mass appeal. It’s a power pop jangle that showcases lead singer Matt Shultz’s voice. The chorus is pure ear candy that I could listen to on repeat all day. With lyrics like “I remember how you took my favorite knife and slipped it under my skin” it’s not all sweetness either. It may not stand out in a sea of power pop bands with similar sounds, which makes me understand some of the risks that the band takes. “Teeth” and “It’s Just Forever” try to harden the album but just gave me a headache. “Come A Little Closer” is more subdued in tone but has a swelling chorus that doesn’t overdo it. “Take It Or Leave It” has a dance groove at its core that fits well on Melophobia.
As I listened to Melophobia I could appreciate the tracks that worked for me but struggled through the ones that didn’t fit the album’s aesthetic. This latter category constituted too much of the album to give it a hearty recommendation. Two or three songs shone bright, five were alright, and two or three grated on my nerves. It’s great to take risks and try different sounds and I hope that what Cage The Elephant learns on this album builds (and hones) their sound for the next outing. More focus could make the listening experience less disorienting or uneven.
Key Tracks: “Come A Little Closer,” “Halo,” “Take It Or Leave It”
Artists With Similar Fire: Noah And The Whale / Paper Lions / JEFF The Brotherhood