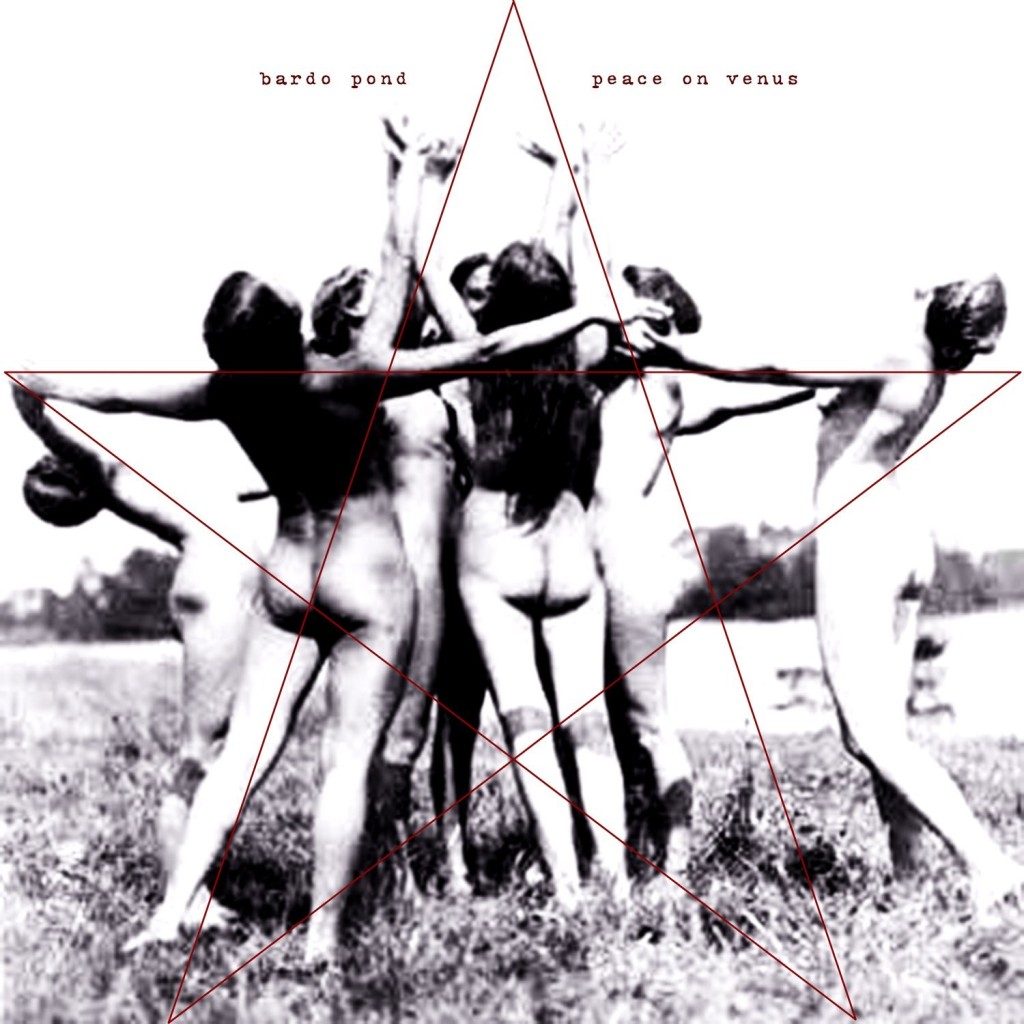 Fire Note Says: Bardo Pond lays down the heavy droning lysergic riffs as they travel the spaceways.
Album Review: One does not simply put on a Bardo Pond album and think, let’s review this thing. It doesn’t work that way. The long time psychedelic band from Philadelphia, deliver a musical experience with each record. Peace on Venus is no different. This is a record that has its own life force. It’s less about the songs than it is about the feeling that the songs evoke, in that regard Bardo Pond is very similar to a post rock band like Explosions in the Sky or Godspeed You! Black Emperor. The key difference being that brothers Michael and John Gibbons wield their guitars like psychedelic instruments of doom, laying down heavy droning riffs drenched in feedback and reverb, that take the listener on an acid drenched journey across great sweeping lush sonic landscapes that may or may not exist on this world. Think Stoner Rock meets Krautrock and you are in the right ballpark.
Peace on Venus is a five song, 39:00 psychedelic journey that will leave you both exhausted and exhilarated. The songs bleed together, vocals come in and out, there’s a flute in there giving the album a late 60‘s texture, but it’s the way the guitars and drums lock in together that really drive this album. “Chance” is the absolute standout of the record, and it encapsulates everything that is great about this record in one song. At just under 11:00, the song slowly builds its on top of itself, adding layers and layers of complexity and intensity as the guitars threaten to tear the roof off the entire thing. I thought to myself, how much higher can they take this thing until it all comes crashing down? I never really got the emotional payoff that I wanted from this track, as it eventually just sort of drifted off into feedback and then was just gone, until it faded into “Before the Moon” which then sort of did the same thing for another 11:00. That’s the only quibble I have with the record, it teases you, but never gives you that big payoff, the orgasmic crescendo.

With Peace on Venus, Bardo Pond have crafted a really strong headphone record. It sounds fantastic with headphones on and the lights off, which is when this sort of music is supposed to sound at its best. I wish I got just a little bit more out of it, because it’s really close to being something quite special, but it just didn’t quite get there for me. Still, if you’re a fan of drony psych music with loud guitars, you have to check this one out.
Key Tracks: “Chance”, “Before the Moon”, “Taste”
Artists With Similar Fire: Hawkwind / Godspeed You! Black Emperor / Six Organs of Admittance