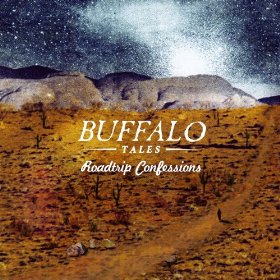 Fire Note Says: Buffalo Tales’ tunes ramble and tremble on a roadtrip through Americana (by way of Australia).
Album Review: It seems like every few years a slew of bands are lauded for “bringing back” roots rock, folk rock, Americana, whatever you want to call it. One only has to look at the popularity of a certain band of father & sons to see that we might be at the crest of another one of these jangly waves. So what do Buffalo Tales bring to the table that differs from that aforementioned group, or their more indie-cred-worthy, also-animal-named counterparts (here’s looking at you Fleet Foxes, Band of Horses, et.al.)?
Well for one there’s some solid songwriting and musicianship going on, and if Buffalo Tales aren’t quite as accomplished as some of their peers on either of these fronts, their confidence and general vibe make for a fun listen. The songs generally take one of two forms—there are rollicking full-band numbers like “Amsterdam” or “OH! My Kingdom,” which rattle along with enthusiastic arrangements and sing-along choruses. Then there are the sparser, folky numbers which usually feature just lead singer Wes Carr and a guitar with an extra instrument or two for some audio flavor. 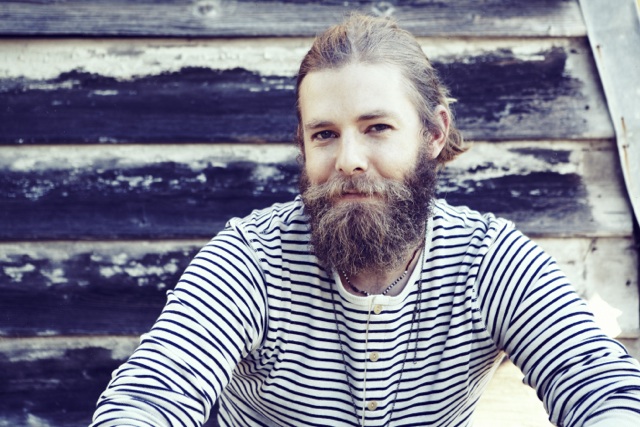 These quieter tracks crop up quite often, as in the case of early highlight “Whispering Willow,” which recalls some of The Tallest Man On Earth’s catchier moments and adds in some effective harmony vocals and handclaps. “Tricks to Magik” [sic] is another acoustic standout, with the female harmonies that occasionally crop up throughout the album adding a touch of sweetness to its slightly melancholy feel, and closer “Blood and Bone” is one of the album’s most successful moments. There are also short instrumental “interludes” interspersed here and there, which don’t really add much but don’t necessarily do any harm either. The one oddball is BT’s take on “In My Time of Dying,” which takes the old blues standard (tackled by the likes of Bob Dylan and Led Zeppelin, among others) and brings it back to its gospel roots, with gang vocals and handclaps giving it some Holy Spirit fire; however, it does feel a tad out of place amongst the quieter acoustic songs.
In the end, it feels as if Roadtrip Confessions finds Buffalo Tales at a crossroads, unsure of which fork to take. While the more upbeat numbers are fun, they also seem trapped in their own generic-ness (other than “In My Time of Dying”). On the other hand, nearly all the acoustic tracks are really accomplished, both from a songwriting and arranging point of view. Though it may be less exciting in the literal sense, here’s hoping that Buffalo Tales takes the quieter road.
Key Tracks: “Whispering Willow,” “In My Time of Dying,” “Blood and Bone”
Artists With Similar Fire: The Tallest Man On Earth / M. Ward / Mumford & Sons