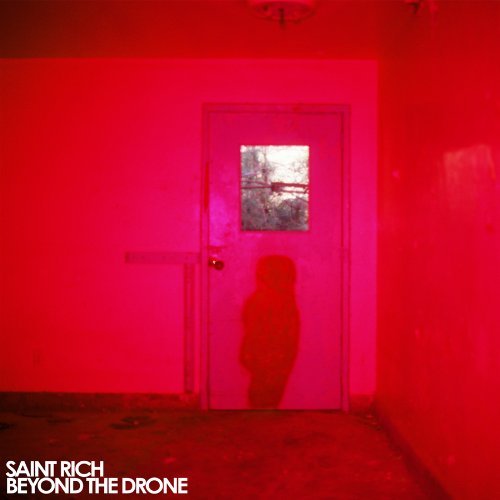 Fire Note Says: Saint Rich bring a warm indie vibe to their debut Beyond The Drone.
Album Review: Saint Rich is the musical partnership of Christian Peslak and Steve Marion. You may know Steve from his instrumental band, Delicate Steve, which has released two albums on David Byrne’s Luaka Bop label. During a recent break from touring Steve got together with the group’s guitarist, Peslak, and started to create music as a duo. Saint Rich was born!
This new venture finds a very warm organic sound coming from the two as Beyond The Drone has a modern flare but relies on a slight 70’s rock vibe that brings some familiarity to the tracks. The foot tapping “Crying From The Home” will remind you of a folkish sounding Japandroids while “Young Vultures” pulses The Strokes through its core with its quick vocal delivery and intricate guitar work. You get a little George Harrison feel on “Coming Home” while the upfront anti-establishment slacker rock in “Officer” has a Real Estate meets Pavement tone. All of these slightly altered styles and sounds boost this debut from Saint Rich but also become a slight Achilles heel. 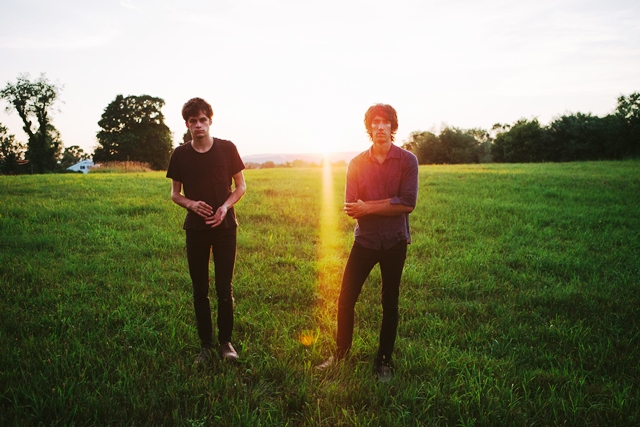 The group never totally establishes that one sound which sets them apart completely from the crowded indie band jungle. That is a problem in today’s music scene but Saint Rich still survive the cut because each individual composition here is musically tight even though the album lacks some cohesion. Marion and Peslak both use their instrumental album skills to enhance Beyond The Drone into a great listen. I also think that with a bit more time together in this partnership, Saint Rich will continue to evolve into a band that quite possibly could have a huge sophomore outing. We will be waiting!
Key Tracks: ”Officer”, “Crying From The Home”, “Dreams”
Artists With Similar Fire: Real Estate / Big Troubles / Badfinger

1 thought on “Saint Rich: Beyond The Drone [Album Review]”