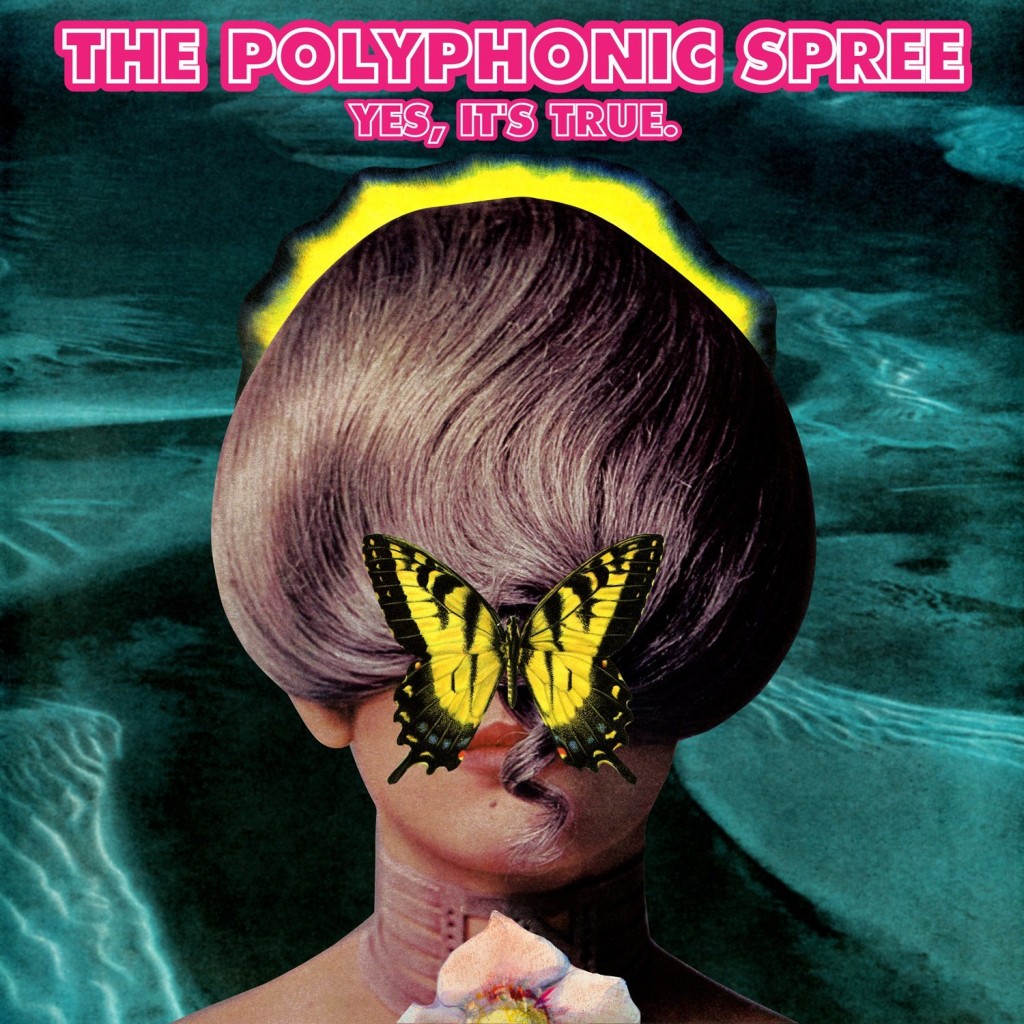 Fire Note Says: Yes, It’s True is an indie pop rock album, borrowing influences from orchestra and jazz.
Album Review: The Polyphonic Spree’s latest release, Yes, It’s True, is my first experience with the band, although they have been around for awhile. Under their name, they have five full-length albums, multiple singles and EPs, and been featured on multiple soundtracks, including Eternal Sunshine of the Spotless Mind and The Lorax. The Polyphonic Spree’s most recent music blends indie and pop rock, adding in a little orchestral and jazz influences along the way.
The moody rock song “You Don’t Me” starts the album off with a rant, declaring “hey, hey, you don’t know me.” It’s followed by the more relaxed “Popular By Design,” which uses simple electronic notes and whispered vocals. Trading in the rant, multiple voices chant the chorus “you know, that I know, you’re popular by design.” Adding in female vocals, “Hold Yourself Up” is playful and smooth, with a positive message.
The album’s fourth track, “Carefully Try,” begins to infuse orchestra and jazz sounds into the music. With less percussion, but a lot of instruments, the song is fluid and upbeat. Next, “You’re Golden” is slower and soft, but uses similar instrumental styles. The song is more somber, reflective unlike the other tracks, it comes off as a poem or declaration of love with the words “bear in mind, you’ve stolen my heart.” 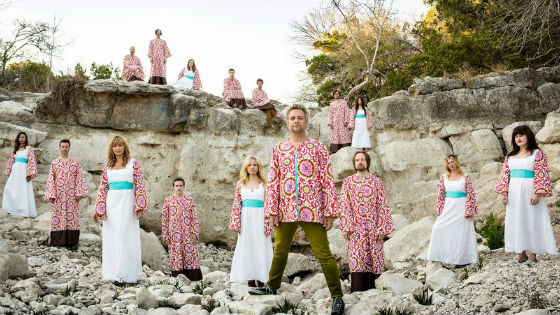 In keeping with the orchestral sounds, “Heart Talk” and “Blurry Up the Lines” are theatrical, with a lot of energy in the vocals. “Heart Talk” uses more rock and electronic influences, which are added to the song’s fun, faster beat. “Blurry Up the Lines” is dramatic, getting faster and louder as it goes.
With a lot of brass instruments, “Let Them Be” is calmer with jazzy beats. The song is quirky, making way for “Raise Your Head,” a faster track with uplifting lyrics like “raise your head to the sky, you’ll be free, when you try.” Similar to the song before it, the jazz and orchestra influences are very apparent in “Raise Your Head.”
“What Would You Do?” brings the album to an end, removing the rock, jazz, and orchestra prominence and adding in the fun, upbeat pop sounds from the beginning of the album. The song is happy and carefree, creating a contrast between itself and the album’s final song “Battlefield.” “Battlefield” is slow and pretty, using reflective lyrics that fade into a three-minute instrumental ending.
Key Tracks: “Carefully Try”, “You’re Golden”, “What Would You Do”
Artists With Similar Fire: The Flaming Lips / Grouplove / Monsters of Folk