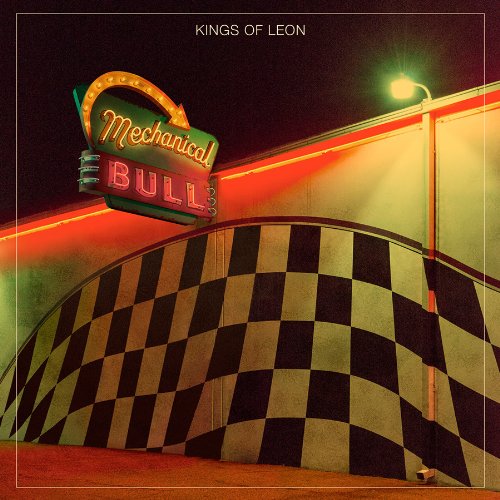 Fire Note Says: Kings of Leon surprise with a rock album brimming with passion.
Album Review: Me, one minute before starting Mechanical Bull for the first time: “Ho hum, another Kings of Leon album. These guys are from Tennessee. I’m from Tennessee. I used to like them a lot. But they’ve gotten a bit staid as they’ve gotten bigger. So this is probably going to be a mediocre album – at least I know what I’m getting.” Hits play: “What the hell? I’m really confused right now. Is this Kings of Leon? It sounds like them, but these guys sound like they actually care and haven’t been contractually obligated to make this album.” Verifies that this is indeed Kings of Leon in iTunes. “I know this album has gotten some buzz but I paid no heed, because, y’know, Kings of Leon and all. But this ‘Supersoaker’ is pretty catchy. Okay, so they can still make a good single every now and then. Let’s see what the rest of the album holds.”
The rest of this LP brings that intensity and attention to detail that’s been missing in Kings of Leon’s most recent releases. So what works on Mechanical Bull? The hydraulics, obviously. Those hydraulics are evident on “Supersoaker” which reminded me of how Kings of Leon once sounded like the South’s version of The Strokes. And damn if this song doesn’t evoke that band in a good way. Caleb Followill’s voice is strong and full of soul. That voice shines through the whole album. Something lit a fire underneath him and the rest of the band and we’re benefiting from that heat. 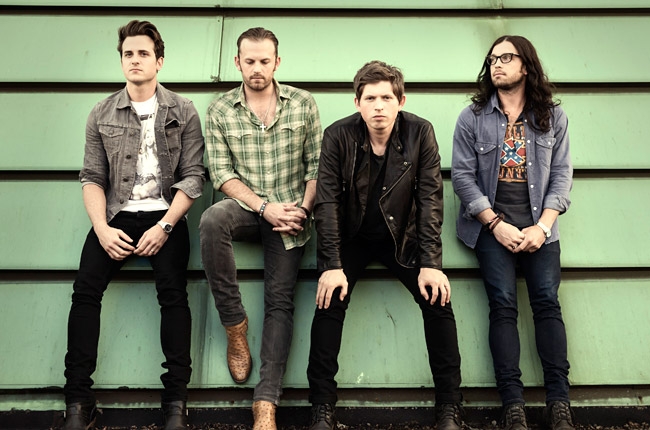 Mechanical Bull keeps up the pace that “Supersoaker” establishes. “Rock City” is a Southern-fried rock song with a blues infusion that sounds both urgent and languid at the same time. It’ll make sense once you give it a listen. “Don’t Matter” dials things back up, just to have follow-up “Beautiful War” subdues the tone in an excellent example of how to balance an album. “Comeback Story” and “Wait For Me” both use slower harmonies to tell their stories. “Comeback Story” sees Caleb Followill sing in a defeated but resolute voice. This is not a rock anthem, which has seemed to be the goal for the band for the past several years. It’s good to hear them get back to basics.
Kings of Leon is a band that got big and seemed to coast on that reputation. Sure, they may have had a worthwhile single come along every once in a while, but their glory days were over and done with. Or so I thought. This album brings an intensity and attention to detail that’s been missing in their most recent releases. Their talent and creativity shines through – even the throwaway songs have merit. “On The Chin” uses steel guitar in the twangiest of ways and “Work On Me” sounds like a mash-up of The Smiths and Lynryrd Skynyrd. It all works very well. Mechanical Bull won’t be changing many lives through its messages – the good ol’ boy musings and misogyny run rampant. However there is something to be said for a band living up to its promise and coming back after a couple of subpar outings.
Key Tracks: “Supersoaker”, “Wait For Me”, “On The Chin,” “Comeback Story”
Artists With Similar Fire: The Strokes / My Morning Jacket / The Black Keys