New Track from The National’s Bryce Dessner and Kronos Quartet 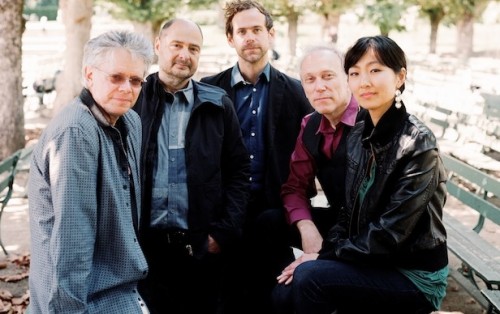 Here is the new video from Aheym, the upcoming collaboration between The National’s guitarist and composer Bryce Dessner and Grammy Award-winning Kronos Quartet. The video is directed by visual artist and longtime Dessner collaborator Matthew Ritchie.
The album is due November 5 on Anti- Records as Aheym features four original compositions by Dessner performed by Kronos as well as an appearance by the Brooklyn Youth Chorus.
Dessner and the quartet first crossed paths when Kronos founder David Harrington approached Dessner about writing a piece for the quartet’s performance at the Celebrate Brooklyn! festival at Brooklyn’s Prospect Park in 2009.
The ensuing piece, “Aheym” (meaning “homeward” in Yiddish), was informed by the stories of Dessner’s Jewish immigrant grandparents who settled near the park and, as the pair’s collaboration grew, became the album’s title track.

Interview with Subways On The Sun