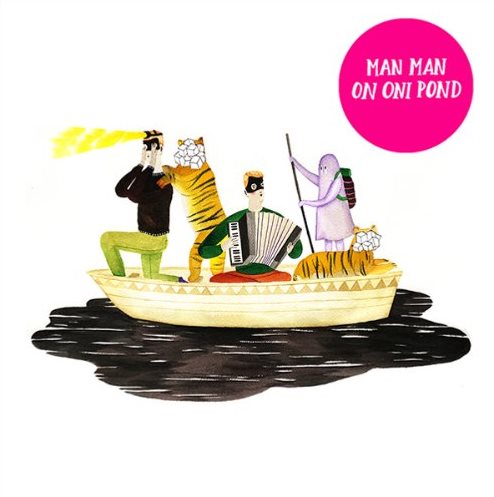 Fire Note Says: Man Man‘s fifth full length shows the group using many different sounds.
Album Review: I‘m quite the Man Man fan. I‘ve heard at times that this fearsome Philly five-some can be hard to get into, that their unique sound could be mistaken for “insane asylum music.” Well here‘s what I say to those people: get me an alien mask, a straight jacket, and a room with padded walls. I‘d gladly bounce around to Man Man classics such as The Man In the Blue Turban With A Face or Rabbits Habits. I‘m not going to lie, I skipped Man Man‘s last release, 2011’s Life Fantastic, so any change in direction on that album is a bit beyond me. But like I said before I do have the perspective of early Man Man albums, and their latest, On Oni Pond, is one difficult egg to crack.
On the one hand Man Man is really trying to branch out and keep things fresh, ditching their early provocation for populism. On the other hand, will fans of the first three albums appreciate the less chaotic On Oni Pond? Well, after many listens some fans might feel butt-hurt that Man Man left them in the dust.
Back to my first point: On Oni Pond is a collage of many things. It’s a stripping to the core and a new iteration of Man Man, a Man Man reboot of songwriting, rhythm, and style. The album goes to many depths, exploring hip-hop, doo-wop, 50’s rock n’ roll, and psychedelia. A bit of the change can be heard right from the beginning. Opening instrumental “Oni Swan” is one of the few moments of brass that you’ll hear on the album (early Man Man albums used to carry a bit more). I can only surmise that as the group refined many of their vaudeville-ian tendencies a more commercial, produced sound emerged. But the refined sound doesn’t get in the way of front man, Honus Houns’s lyrical wit. “Pink Wonton” goes for a monster-mash organ which pairs nicely with the lyrics “From the utter to the mouth/We’re all biding our time/From the uterus to the ground.” 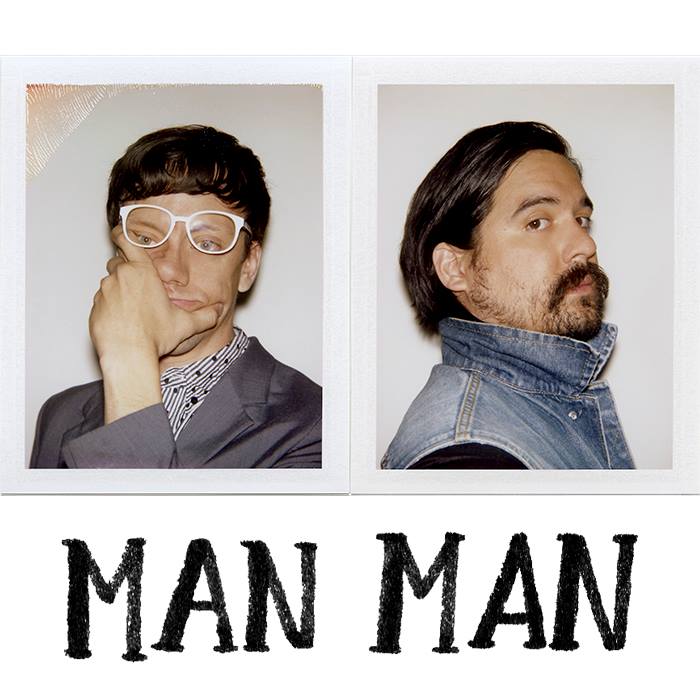 “King Shiv” carries on like a moody hip-hop rasta while delivering some of my favorite lyrics: “All the old timers in the neighborhood swear that your cursed with a face people hate / But every single one of them is an endless variation of Popeye raised on lead paint.” “Loot My Body” is funky, groovy, apocalyptic pop at its best with the lyrical gem, “Have you learned nothing at all/ when the girder comes crashing down/ will it miss ya / will it crush ya/ will you bend like a little bitch under pressure.” The last group of four showcase some of the more schizophrenic moments on the album. “Paul’s Grotesque” enters in with a low bass and sexy bravado, while “Fangs” goes for Elvira in top Samba form. Excluding “Oni Swan” “Curtains” is the shortest song on the album, but length doesn’t always determine level of fun—the track has a low budget musical theater feel to it that I really enjoyed. Finally, ending on a bouncy, positive note, “Born Tight” tells us to “be brave.”
On Oni Pond was a difficult beast to place. I have to praise Man Man for branching out, incorporating more styles, and not reprocessing their prior albums. But sadly you’re not going to find an “I, Manface,” a “Top Drawer,” a “Hurly / Burly”, or a “Gold Teeth.” Any fan that can appreciate a bit of change will eat On Oni Pond up. But if you come expecting the Piccadilly Circus theatrics of their past albums, you, sir might be in for quite a surprise.
Key Tracks: “Pink Wanton,” “Loot My Body,” “Fangs”
Artists With Similar Fire: Captain Beefheart / Mister Heavenly / Frank Zappa