Thao & the Get Down Stay Down “Kindness be Conceived” 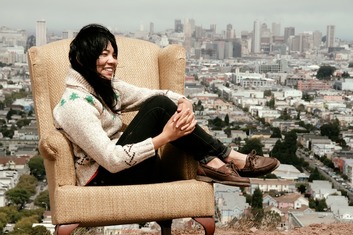 Here is Thao & the Get Down Stay Down’s frontwoman Thao Nguyen performing the track “Kindness be Conceived” from the group’s critically acclaimed new album We The Common (TFN Review).
The band is on tour through the winter with upcoming performances at the Austin City Limits Festival, Bumbershoot and Mumford & Sons’ Gentlemen of the Road Stopover before a North American run with The Head And The Heart and European dates with The Lumineers; please see below for a list of dates.