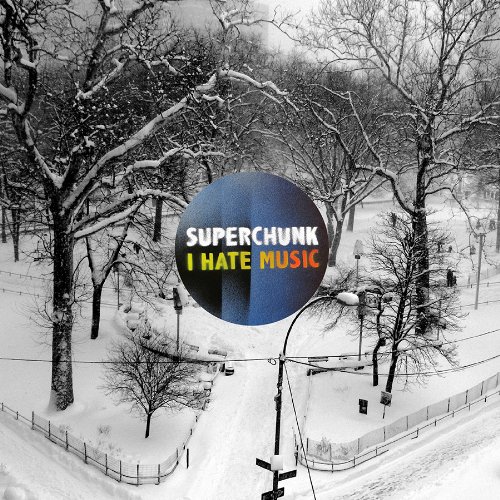 Fire Note Says: Superchunk return with an energetic and thought stirring tenth record.
Album Review: “I hate music – what is it worth? / Can’t bring anyone back to this earth” is the first line in the single “Me & You & Jackie Mittoo” from Superchunk’s tenth studio record I Hate Music. The lyric is its own crystal ball into the mature themes that surround this high energy Chunk record. Fans waited nine years before 2010’s Majesty Shredding put an end to the Superchunk drought and you could hear how happy the band was to be recording again. I Hate Music takes the next step and is much more the album you might expect from the veteran group. The record stands out as it comes off much more methodical with its lyrics and channelled spirit compared to some of their previous outings.
The overall message and complex thoughts on I Hate Music adds a new depth to Superchunk’s indie rock. When frontman Mac McCaughan asks the question “what can we do?” on the final track, you can tell he is both searching for answers and moving forward in the same breath. That is a refreshing position because that is life! This love and battle for life is then emphasized in the line “I’ll say I love you, I won’t say goodbye” for a rousing conclusion to a great song that pushes over the six minute mark. If it tells you anything, that length for a Superchunk song would be comparable to reading War and Peace instead of the Hunger Games. Translation – they mean business! 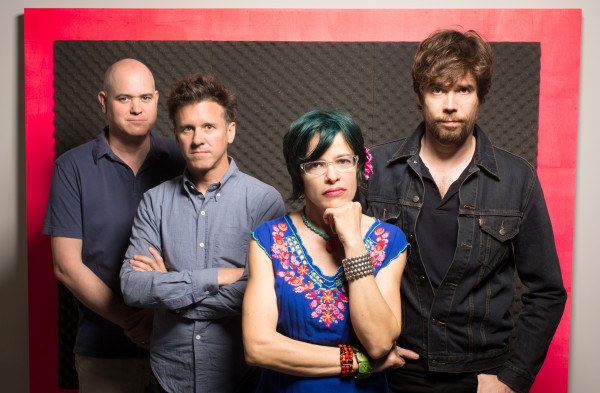 Now before you start thinking that I Hate Music is an incredibly quiet and all brains Superchunk album – think again. This record has just as much adrenaline as early efforts like the feverish just over one minute “Staying Home” which reminds me of the punk burst found in “Punch Me Harder” from 1991’s No Pocky For Kitty. This same power explodes out of “Void” with quick guitar and drum work while McCaughan ends the track with the statement “Because I don’t believe everything I see” with a snarling attitude. This Superchunk energy has been a staple for the band ever since their inception back in 1989 and it has no signs of slowing down.
If you have been a Superchunk fan for a long time, I Hate Music will appeal to you on several levels. Not only will the music catch your ear and sound pleasantly familiar but the lyrics will surely resonate with your own feelings of getting older. The faster tracks here still hit with the most impact and even though I Hate Music is a different record from Majesty it is equally as good. This album also sets the stage for a much more thought provoking Superchunk in the future and based on the outcomes here – I am ready to travel down that road with the quartet to the end!
Key Tracks: “Void”, “What Can We Do”, “Me & You & Jackie Mittoo”
Artists With Similar Fire: Redd Kross / Sebadoh / Lemuria
Superchunk Website
Merge Records
-Reviewed by Christopher Anthony

Thao & the Get Down Stay Down “Kindness be Conceived”