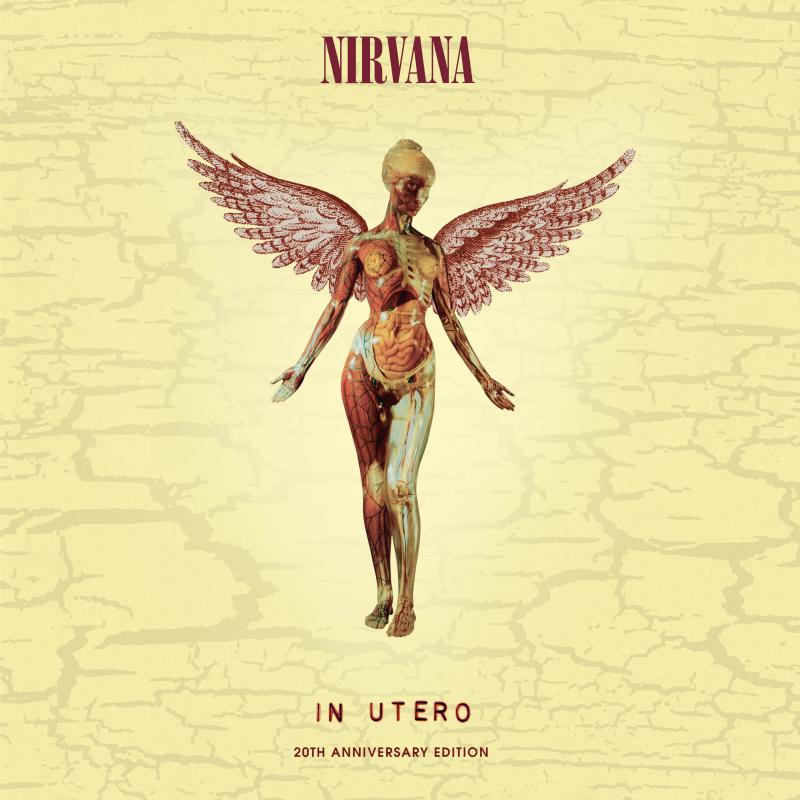 I know that everyone has mixed feelings when albums are reissued but this 20th anniversary edition of In Utero seems to worth checking out. Universal Music will commemorate the 20th anniversary on September 24th with a multi-format release that spreads more than 70 remastered, remixed, rare, unreleased and live recordings over configurations ranging from a 3-CD/1-DVD Super Deluxe Edition to a standard digital/CD remaster of the original album.
Material exclusive to the various versions of the In Utero 20th Anniversary reissue will include never-before-heard demos, B-sides, compilation tracks, and live material featuring the final touring lineup of Cobain, Novoselic, Grohl, and Pat Smear.
The anniversary In Utero will also include the long-awaited release of the complete “Live and Loud” show from Seattle’s Pier 48 on December 13, 1993. Additionally, a standalone single-disc DVD of the complete “Live And Loud” show along with several never-before-released bonus performances will also be released on September 24.