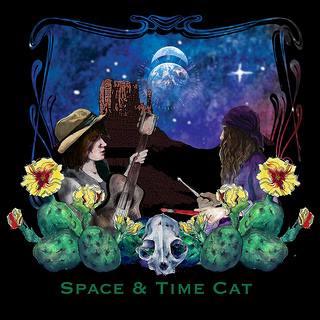 Fire Note Says: Akron’s Time Cat turns up
the blues rock on their new EP.
Album Review: I hate to scold a band, especially when it’s not all that deserved. After seeing this Akron blues duo perform live I had a lot of hopes for their debut EP, Space & Time Cat. Once Jeri Sapronetti and Sam Caler took to the stage it all seemed a bit like a cheeky novelty. “Oh, another Akron garage blues duo, that’s original.” But once Jeri took the stage, kicked off her shoes, strapped on that guitar, and strummed an up-tempo intro to one of their songs, I was hooked. The duo’s fuzzy guitar stompers; Jeri’s wah wah antics; Sam’s uncalled for-yet totally necessary-drum punishing solo; it all made for a great show. Their debut Space & Time Cat EP carries mild hints of this live ferocity, but it never seems to the get the full slather of energy that would make it one hell of a stand out.
Now, if I seem harsh, I’m not looking for a reinvention of the blues duo wheel. After playing together for nearly a year and a half, Time Cat really do have a special chemistry going on between them. The EP begins with “Get Close To You,” a seductive blues shuffle that morphs mid-song with an early Black Keys/Kimbrough inspired riff. With vocals loaded like a delta Joplin drawl, Jeri delivers another love song in the form of “Tomorrow Tomorrow.” With next tune “Boozled” they sound vaguely like The Kills—if The Kills were lovesick, warmer feeling, and had quite a bit less “mean side” to them—but there’s still fun to be had with the song. “Boozled” showcases a love that’s secretive and unsure. Affected by apple shine goggles, our antagonist has quite a drunken—and perhaps awkward—love for this girl. By the end of the song the conflict is still left unresolved as this love could be an embarrassing, drunken fling. Next track, “Cigarettes” is the exact definition of tip of the tongue, echoing many blues styles from the 50’s and beyond. Final track, “Victory” changes things up by adding a softly spoken piano to the mix. So while I do accuse Time Cat of being a mild studio duo, they do achieve a modest amount of tenderness that works towards the EP’s advantage. 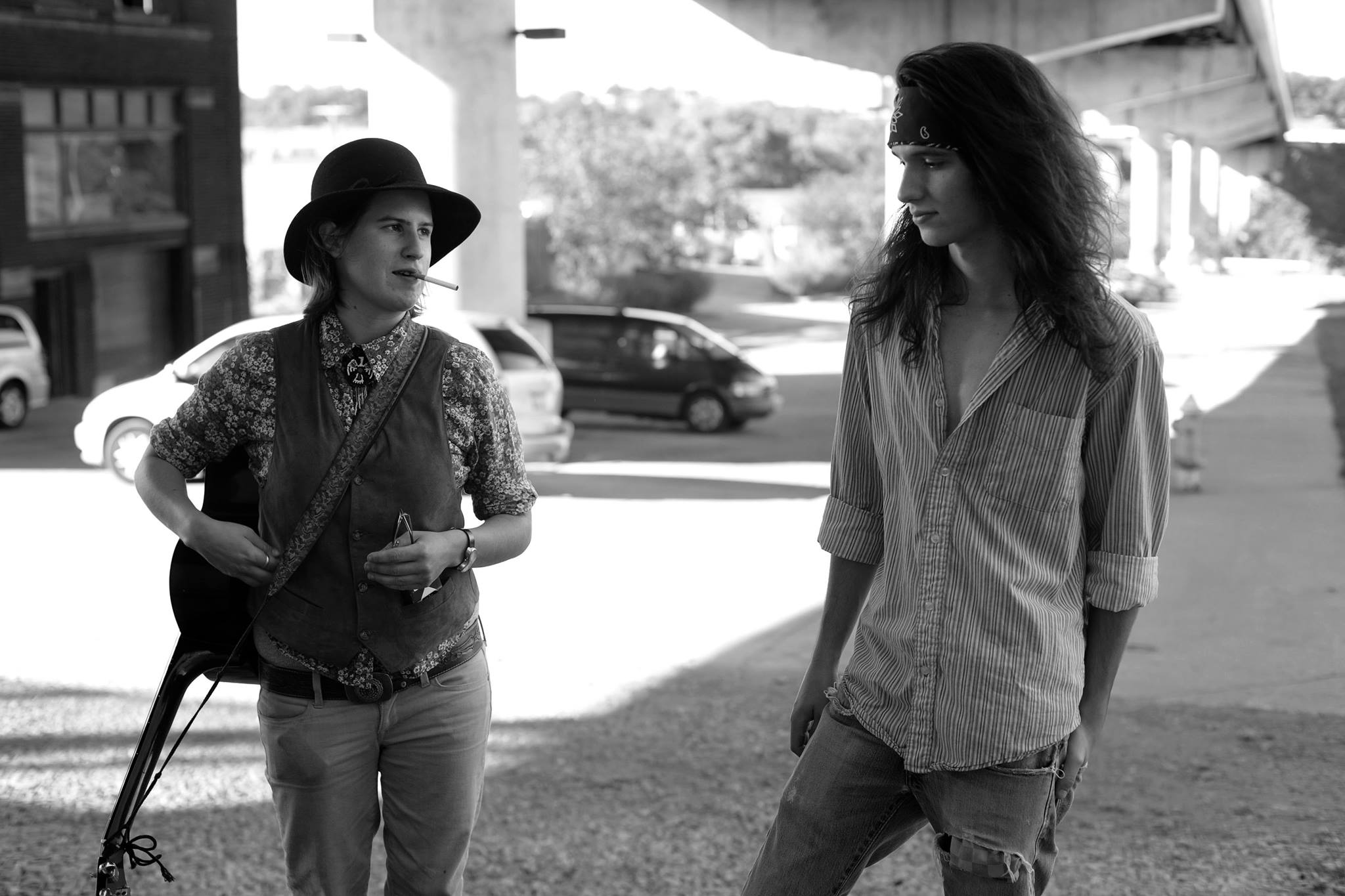 Space & Time Cat was a difficult album to score. If I could give this album a 3.25 I definitely would, but our scoring doesn’t work like that. So, in turn a strong three is deserved. Having played together for about a year and a half Time Cat still coax an impressive performance with Space & Time Cat, but holding back on their gritty, boot stompin’ improvisational prowess just seemed to hurt them in the long run. Don’t give up on Time Cat, though, because if they’re saving the booze-fuelled bar brawlin’ blues for their next work, then that is more than enough to get excited about.
Key Tracks: “Get Close To You”, “Cigarettes”, “Victory”
Artists With Similar Fire: Crushed Out / The Black Keys / Lee Bains III & The Glory Fires
Time Cat Website
Time Cat Facebook
-Reviewed by Christopher Tahy