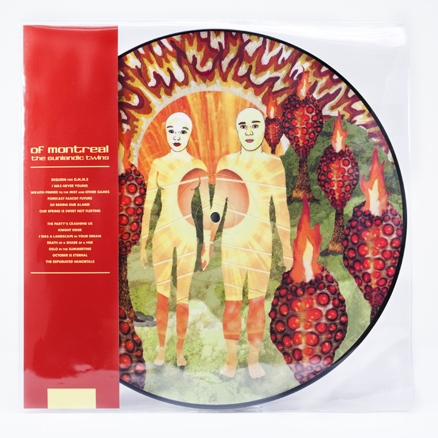 Here is a nice looking picture disc edition The Sunlandic Twins from Of Montreal on Polyvinyl Records. The album was originally released in 2005 and is considered by some as one of their most cohesive and adventurous records.
Featuring Of Montreal favorites such as “Wraith Pinned to the Mist,” “Oslo in the Summertime,” “So Begins Our Alabee,” and many more, The Sunlandic Twins will only be available on picture disc via this one-time, limited edition pressing of 535 numbered copies. You can pre-order a copy HERE. Release date is 8/9/13.