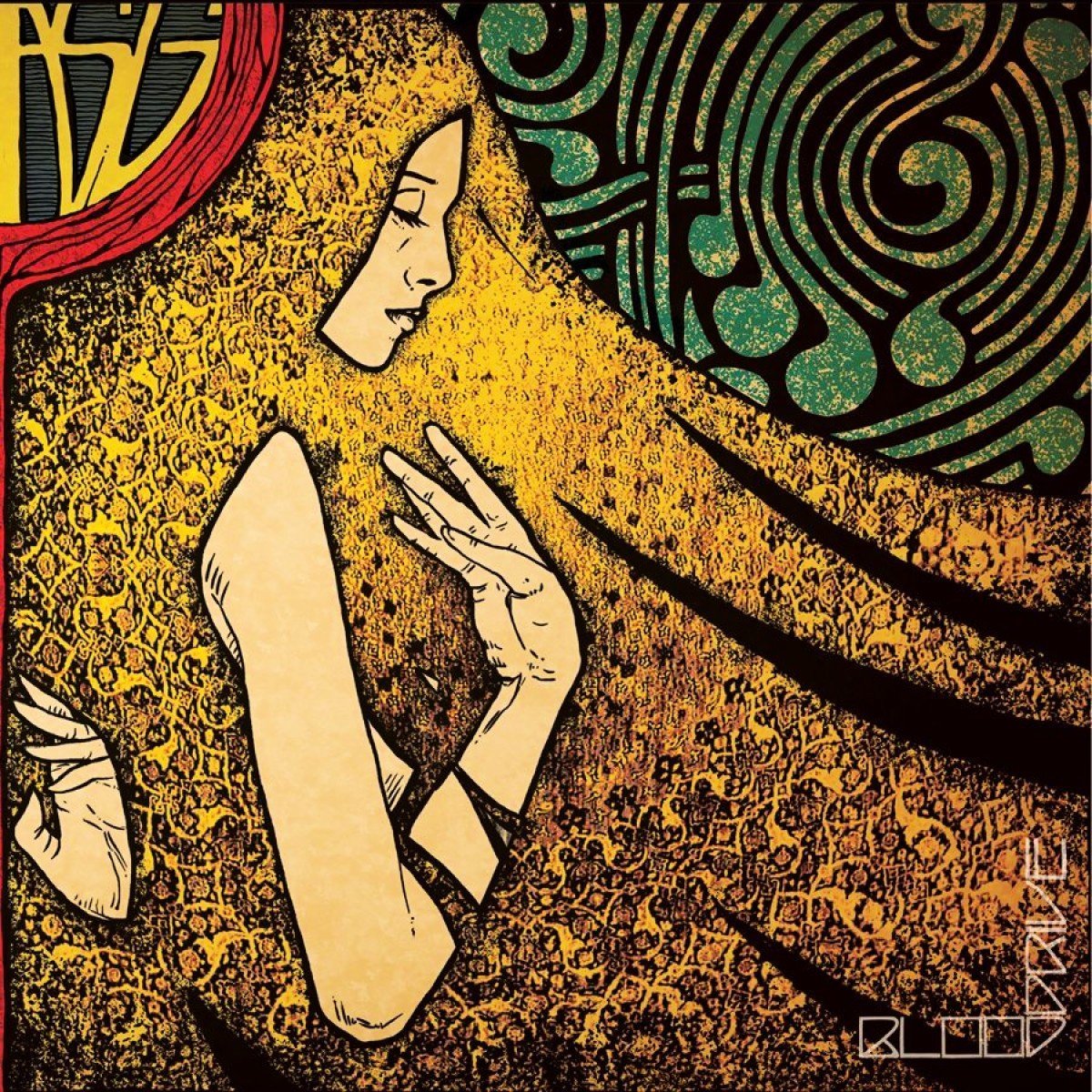 Fire Note Says: ASG’s Blood Drive delivers a satisfying metal experience.
Album Review: The metal genre today is literally saturated with thousands of bands and hundreds of genres and sub-genres. Mastodon, The Sword, Torche, Between The Buried and Me, Sleep, Electric Wizard, Baroness, Black Tusk, Helmet, High On Fire; the list goes on and on. That’s why I find it a bit remarkable that North Carolina’s ASG – which used to stand for All Systems Go (copyright issues changed that) – can put out an album that is on par with many of the artists mentioned.
Blood Drive, ASG’s fourth studio release and their first for label Relapse, is an interesting beast that draws from a multitude of influences. It seems in their earlier years they drew from punk and skater cultures. They played portions of the 2003 and 2004 Vans Warped Tour, and many of their tracks were featured on MTV’s Viva La Bam, Rob & Big, video game Skate 2, and a lot of their material served as the background for numerous snowboard and surf videos too. Blood Drive takes those aspects of their sound and slightly pushes them aside to go for early Mastodon heft, The Sword riff structure, and sprinkles of Baroness acoustic progressions heard in songs like “Cockroach En Fleur“ or “Steel The Sleeps The Eye.” 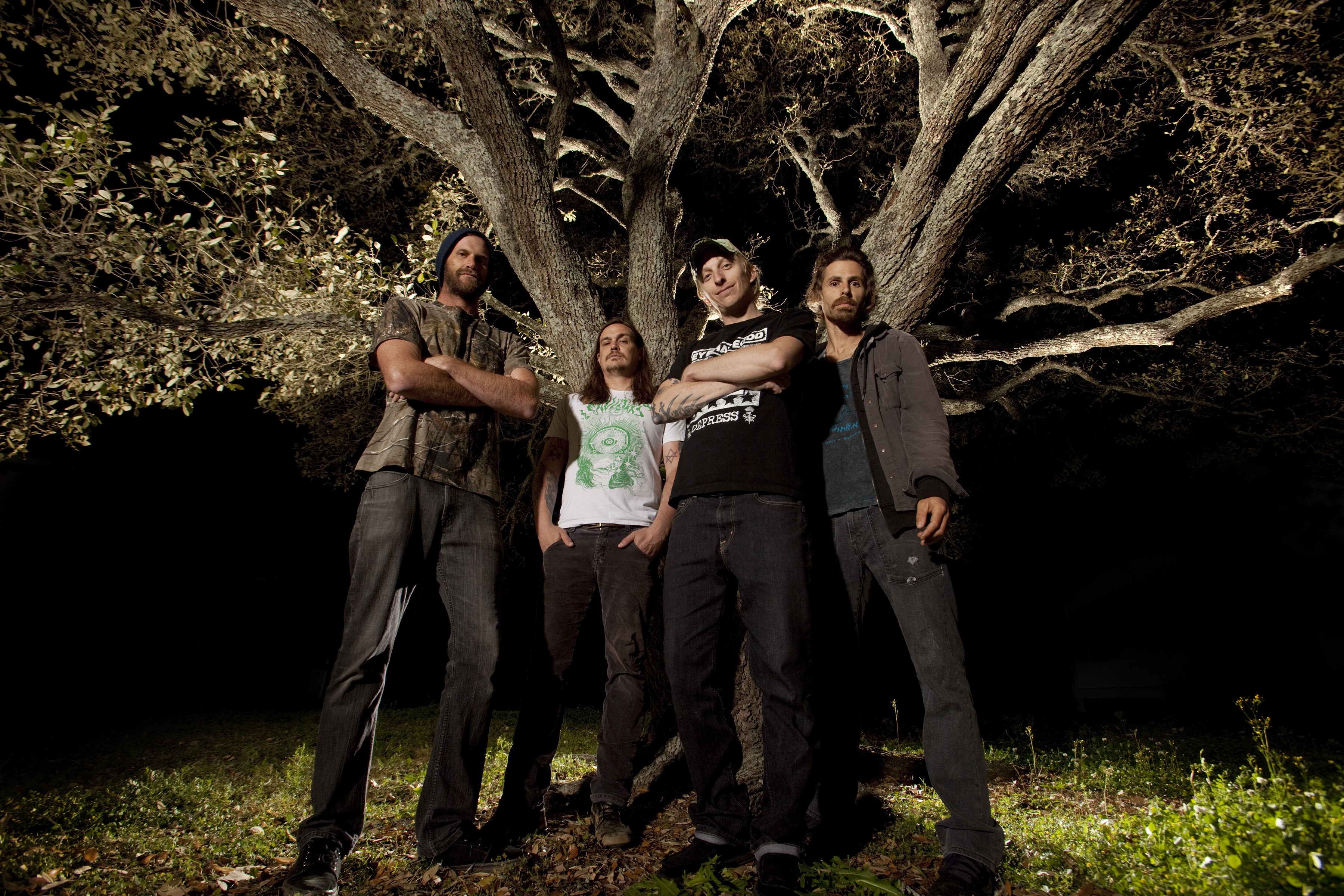 Right out of the gate, Blood Drive delivers hard punches. “Avalanche” buzzes and crashes into your ear with a heavy Sword feel. Also audible is a bit of Layne Staley/Alice in Chain influence – maybe some grunge tendencies. Vocalist/Guitarist Jason Shi likes to echo a lot of his vocals with an abstract Staley-like harmony. “Castlestorm” takes more cues from The Sword as its riffage gallops forth with the fury of an armor-clad war horse. “Blues for Bama” showcases a more tender side of ASG, but that tenderness is disconnected from the lyrics as Shi croons “Come as you were/Unwoven and broken/Desperate indeed/Dead in the deepest end. “Children’s Music” cues up a beautiful Baroness-style acoustic opener, only to be severed by a battle-axe tall riffs. When not partaking in a bit of self-deprecating lyricism, the apocalypse is also a favored topic. Shi’s lyrics in “Stargazin” echo: “Born to ride/Helplessly into a burning sky.” Then there are the destructive body mutilations of title track “Blood Drive.” Shi calls out: “Self-inflicted the wound/I bled for you, come now and bleed for me too/Then stitch me up again.” “The Ladder” is a powerful take on the tale of Jacobs Ladder. Final track, “Good Enough To Eat” puts the heft aside and takes shape as an acoustic lament.
The term “radio friendly” isn’t a death sentence by any means. With influences and vocals that ASG call their roots Blood Drive, at times, loses a bit of that innovative edge. But, I still have to hand it to them when Blood Drive is put against a lot of the same albums of the genre it scores its own comfortable place. ASG’s Blood Drive unusually upbeat song techniques didn’t rewrite the book, but when a song pops up randomly in your metal music library the memorable riffs are a sure fire way to a head banging groove.
Key Tracks: “Castlestorm”, “Children’s Music”, “Stargazin”
Artists With Similar Fire: The Sword / Black Tusk / Red Fang
Blood Drive Website
Blood Drive Facebook
Relapse Records
-Reviewed by Christopher Tahy