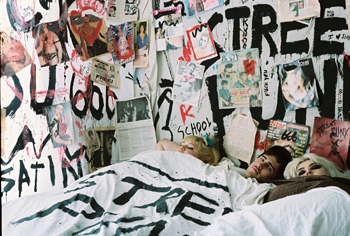 July 23rd, Hardly Art will release the new full-length by California’s Hunx & His Punx. Street Punk, as the title implies, is a dramatic departure from the band’s previous outing, 2011’s Too Young to Be in Love, and includes a deep-cut Beastie Boys cover (“Egg Raid on Mojo”) and brief, blistering anthems like “Everyone’s a Pussy (Fuck You Dude).”