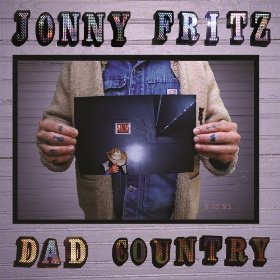 Fire Note Says: Jonny Fritz finds a more serious side on his ATO debut Dad Country.
Album Review: Jonny Fritz (formerly Jonny Corndawg) plays a very straightforward and honest “country” music on his third album, Dad Country, and first for ATO Records. Fritz states that his songs are inspired by the likes of Billy Joe Shaver and Jerry Reed and you can hear it in his music as the real focus here is on the story each song tells driven by Jonny’s slightly off kilter vocal.
Like some country clichés there are some relationship problems steering Jonny’s songs and when you are talking country there is nothing wrong with that. Raw emotion is what all great albums are built on and switching from a more comical approach as Corndawg, the new Fritz makes the most out of his fresh start. The rollicking Band like opener “Goodbye Summer” sets a nice stage as he describes a wild night out on the town or on the emotional “Have You Ever Wanted To Die?,” Jonny just puts the question out there as he asks “Have you ever wanted to cry? / In front of your parents both / Tell them everything you never ever wanted them to know” with such seriousness as the song just ends with him giving an “Oh oh, oh oh.” 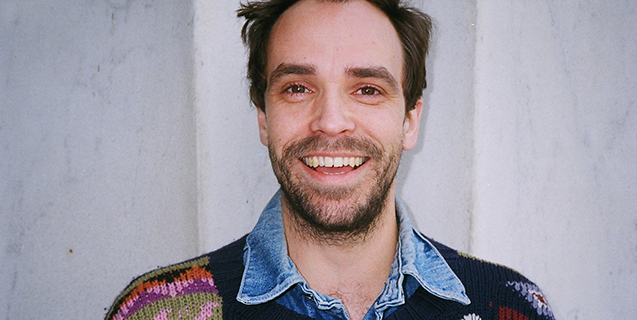 This type of songwriting fits the expectation from a record titled Dad Country and could easily pull in new fans to his music. The album was co-produced by Taylor Goldsmith of Dawes (they all play on it as well) and recorded at Jackson Browne’s LA studio and finished in Nashville. For my ear there was not enough variation of style to move this album from being good to great. Individual tracks do shine and show a talent that seems to be still finding a groove. At only 29, there is still more life to live and songs to write for Jonny Fritz. Based on Dad Country’s strengths we will certainly come back to hear them.
Key Tracks: “Goodbye Summer”, “Have You Ever Wanted To Die”, “Suck In Your Gut”
Artists With Similar Fire: Glen Campbell / Jimmie Rodgers / Robbie Fulks
Jonny Fritz Website
Jonny Fritz Facebook
ATO Records
-Reviewed by Christopher Anthony

Jonathan Rado of Foxygen announces debut solo LP on Woodsist, due this Sept.