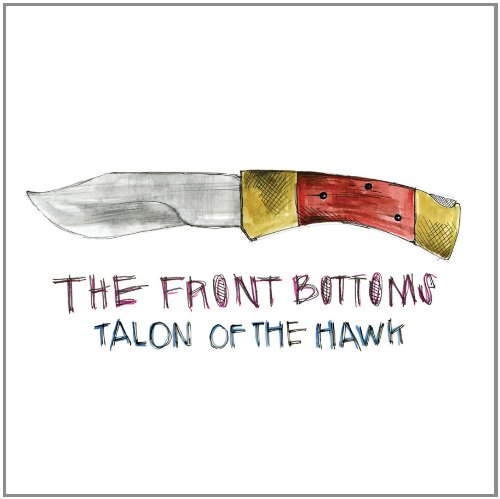 The Front Bottoms
Talon Of The Hawk
Bar/None Records [2013]

Fire Note Says: The Front Bottoms return with another record full of catchy wordplay that will make you smile.
Album Review: I remember hearing the folky-punk debut from The Front Bottoms back in 2011 and thinking that these guys were onto something. Simple songs, simple singing, simple instruments but catchy as hell one liners and memorable stories boosted the album for me way after the review was over and probably could have even been upgraded in its rating after I had more time to sit with the record. So that brings us two years forward and The Front Bottoms return with their sophomore record, Talon Of The Hawk, that brings an electric guitar and some keys to the party this time as the duo of Brian Sella and Mathew Uychich continue their path of indie rock n roll.
From the opening “Au Revoir (Adios)” you get a quick take on The Front Bottoms standard humor as Sella sings “I am probably going to leave real soon, just wanted to let you know before I say Au Revoir, Au Revoir, you probably don’t even know what that means” and of course her answer is to say “Adios” before all the instruments kick in and rock the song out to finish. This is the sort of stories that The Front Bottoms are good at telling and especially now with a more rock base the tracks hit a bit harder. On “Twin Size Mattress” you once again need to keep your ear to the lyrics as when Sella talks about finding a friend something to do on stage “maybe you can shake a tambourine” which always feels like a band joke that just works perfectly here. I also like the track “Funny You Should Ask” as there is some reflection here of life wisdom as the line rolls “when I was younger I thought I didn’t have to care about anyone but I’m older now and know that I should.” Serious lyrics like these combine with the more humor sides of the band and supply a nice balance and depth to The Front Bottoms. 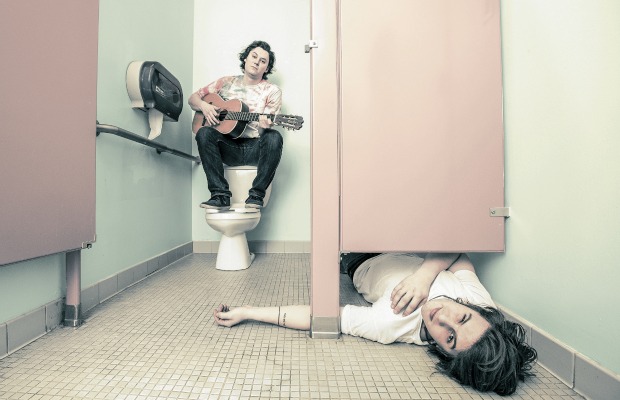 Talon Of The Hawk is a good record and should continue The Front Bottoms upward climb in the indie scene but the album still has some limitations and by the time you hit the end its tracks start to sound a bit repetitive. Not in content but in delivery style as the new instrument additions are consistent along with the quick pace of each track. Sella’s vocals also always remain in the same range which makes some tracks a bit harder to differentiate. All in all there are not large issues here on Talon Of The Hawk because this record still relies heavily on its interesting stories and catchy wordplay. The Front Bottoms are still developing their overall sound but this record is a nice step in the right direction and with time it will probably grow on me more much like the debut did. Talon Of The Hawk is also nicely setting the stage for where they go next and my guess would be even bigger and better.
Key Tracks: “Au Revoir”, “Twin Size Mattress”, “Backflip”
Artists With Similar Fire: Japandroids / Weezer / The Refreshments
The Front Bottoms Website
The Front Bottoms Facebook
Bar/None Records
-Reviewed by Christopher Anthony

1 thought on “The Front Bottoms: Talon Of The Hawk [Album Review]”