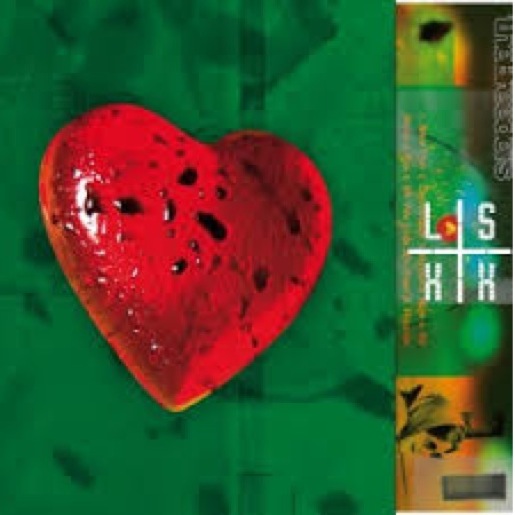 Fire Note Says: LSXX is a worthy salute to one of the great albums of the 90’s!
Album Review: “We weren’t riot grrrl and we weren’t grunge. Hopefully, we were joyful and natural.” This is the opening statement in the liner notes from founding group leader Kim Deal as she talks about The Breeders pinnacle record Last Splash in this new deluxe 20th anniversary edition simply titled LSXX. I think that statement captures the beauty and style of Last Splash in two sentences because for many reasons this record could have fell flat. Kim was coming out of a stressed band relationship at the time called The Pixies, Tonya Donelly’s (Throwing Muses, Belly) participation in the band faded after the 1992 release of the Safari EP, Deal’s twin sister Kelley didn’t know how to play guitar, and Daytonian drummer Jim McPherson had the resume of playing little bars. Outside of Deal, this only left Josephine Wiggs as the returning member that played on their 1990 debut, Pod. Well failure of course was avoided and instead this foursome released one of the best rock records of 90’s alternative nation!
Right from the opening distorted vocals, the timed clicking and an unforgettable bass riff, “Cannonball” took off and propelled The Breeders and Last Splash to the top. Even the video received tons of airplay plus it didn’t hurt that is was directed by Spike Jonze and Kim Gordon. Everything was in line for Last Splash to make an impact because even though it was not grunge or straight out riot grrrl this record took some of those popular pieces and added in a pinch of noise, subtle vocal effects, violin (courtesy of Carrie Bradley), instrumentals and plenty of catchy memorable sing-along hooks that made listeners come back for more every time.
LSXX spotlights the 20th anniversary of the Last Splash release and 4AD went all out with this reissue. You get three CDs running over two and half hours that gives the fan pretty much everything recorded under the Breeders sun. This seems like overkill for one album but every minute of LSXX is worth a listen. The actual studio album still sounds as fresh today as it did 20 years ago – maybe even better but LSXX’s value really comes with the second and third disc.

Disc two lines up all the b-sides from the album singles. Hearing the extra tracks with this sequencing made the songs stronger for me and surprisingly they all work together much more cohesively then just being throwaway b-sides or covers. Even though it is pre Last Splash lineup, “Safari” is still a great song that new Breeders fans should not miss while their take on Guided By Voices’ “Shocker In Gloomtown” and Sebadoh’s “Freed Pig” highlight The Breeders adaptability and indie rock sense. The disc concludes with a handful of demos that includes one of my favorites, “Grunggae”, which is a mostly instrumental version of “Cannonball” that was previously released as a bonus 7-inch with the original vinyl pressing of Last Splash.
Disc three is an expanded version of The Stockholm Syndrome (Live in Stockholm) that was originally a limited-edition, fan club-only release via the Breeders’ Digest. It was nice to hear more tracks from this show and it highlights that The Breeders always played loose and energetic making each and every live performance count. The third disc also includes four previously unreleased tracks from a BBC Session the group recorded for the evening session show on BBC Radio 1 that aired July 24th, 1993.
Outside of the actual studio record, nothing on LSXX feels like it is totally essential. With that said, this collection is so thorough and well laid out that any Breeders fan will enjoy checking out this anniversary edition. The extras here also hold up well to repeat plays. So many times I find myself never going back to a second disc of material in these deluxe reissues but the sequencing here really works and the material is equaling entertaining. Much can be said about The Breeders and I am sure there are plenty of critics that debate this extravagant anniversary edition but when you look back on the 90’s era, Last Splash easily holds its own against other greats of the decade and this gathering of material in one easily accessible set gives the band the full respect they have earned and deserve!
Key Tracks: “Shocker In Gloomtown”, “Grunggae (Demo)”, “Drivin’ on 9 (Live)”
Artists With Similar Fire: Nirvana / Throwing Muses / Yeah Yeah Yeahs
The Breeders Website
The Breeders Facebook
4AD Records
-Reviewed by Christopher Anthony

Drazy Hoops: This Is The Sound Of… [Album Review]