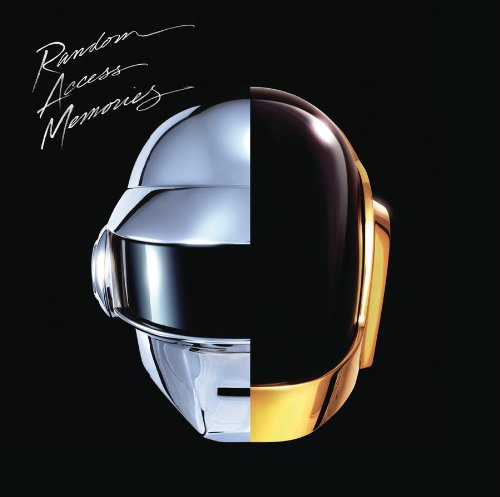 Fire Note Says: Daft Punk take one giant artistic leap for mankind on Random Access Memories.
Album Review: I find it interesting that the first track on the new Daft Punk album is called “Give Life Back to Music” particularly since their last album was the coolly detached soundtrack to Tron, which while perfect for the film, had all of the life completely sucked out of it by design. Judging simply from the title of their new album, Random Access Memories, I figured that Daft Punk was going even further in that direction, and removing the human element completely from their music and going completely computerized. Well I couldn’t have been any more wrong! In fact, Random Access Memories is the most human album that the band has done, doing away with samples entirely and for the first time collaborating exclusively with musicians to create their music, truly giving life back to the music, and what a life it is, heavily influenced by the dance music of the 70’s and early 80’s, but with a modern edge. Daft Punk has created an album that hits on so many different levels that it is easy to miss some of it the first time through. It’s simultaneously a party record, a dance record, an electronic record, and a pop record, all melded together in a completely unique and highly addictive package.
The band has taken the opportunity to work with a couple of giants in the field of dance music, Nile Rodgers and Giorgio Morodor, to help shape the sound of Random Access Memories. Rodgers, a noted producer himself and guitarist for Chic, is all over the record, helping Daft Punk really capture the sound they were looking for. His chicken scratch guitar and funky playing are instantly recognizable and give the songs the added funk that you just can’t get from using synths and samples only. His work on “Give Life Back to Music” and first single “Get Lucky” is particularly noteworthy. Elsewhere, Strokes frontman Julian Casablancas sings on the excellent “Instant Crush” which is my current favorite on the record. It’s a groovy pop number very similar to the a lot of the songs on the recent Strokes album, Comedown Machine. I feel like if Casablancas doesn’t really want to be in a garage rock band anymore, this would be a great direction for him to go in. Hell, put a helmet on him and make him the band’s full time singer on tour! “Get Lucky” is one of those full-fledged feel good party jams that Daft Punk has been doing since their first record. Pharrell Williams’ vocal is catchy but unremarkable, but it doesn’t need to be memorable, the hook is firmly set, and Rodgers’ guitar help to bring the whole thing up to another place, it’s the dance jam of the spring for sure. Panda Bear guests on “Doin it Right” and he brings his warped pop sensibilities to the track. You can almost hear what he would do with the song on his own record, it would be crazier and more psychedelic, but here he plays it remarkably straight and the pop instincts that he has covered up in layers of sonic weirdness on his own records, really shine through. 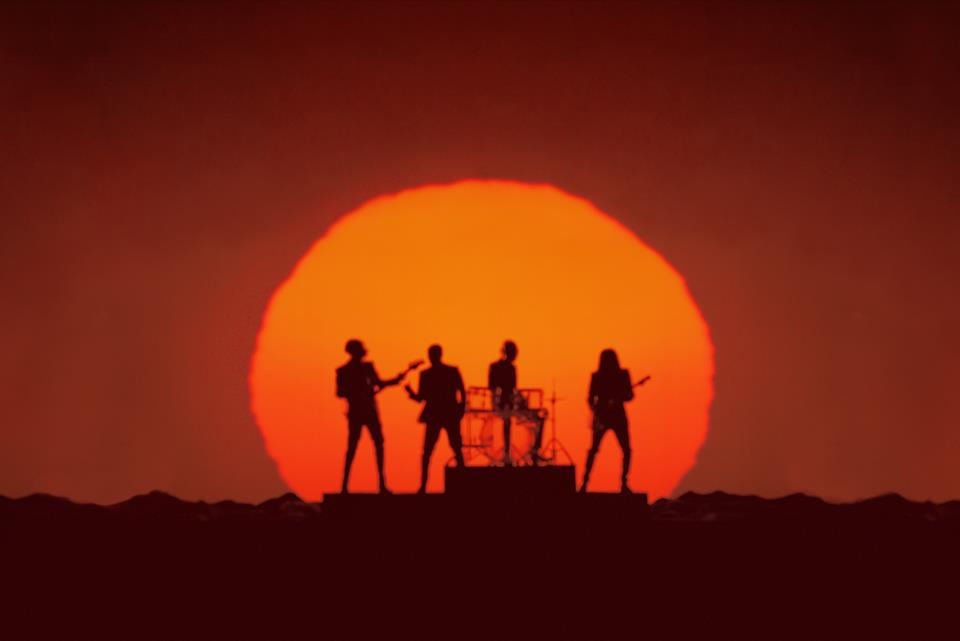 The absolute two biggest highlights of the record for me are “Giorgio by Morodor” which features a spoken word part from Giorgio Morodor himself. For those that don’t know, Morodor is probably best known for his disco collaborations with Donna Summers, the most famous being “I Feel Love”, but he has also successfully worked with eclectic acts like Sparks. The song itself is a slow trance inducing disco burner, clearly inspired by its namesake. Album closer “Contact” ends the album on an incredibly high note. The song continues to build and build on top of itself, creating an incredible amount of tension that is only finally released after the 6 minute mark.
The sound of Random Access Memories is remarkable. It is a fantastically engineered record. It sounds like a Pink Floyd record, every note perfect. Yet for all its perfect sound, it still has a human element to it that is really breaking new ground for Daft Punk. This is a gigantic leap forward artistically for Daft Punk.
Key Tracks: “Instant Crush”, “Giorgio by Morodor”, “Give Life Back to Music”
Artists With Similar Fire: Air / Phoenix / Chic
Daft Punk Website
Daft Punk Facebook
Columbia Records
-Reviewed by Kevin Poindexter

Over The Ocean: Be Given To The Soil [Album Review]