Case Studies – This Is Another Life / 200 Hand Numbered Ltd Edition 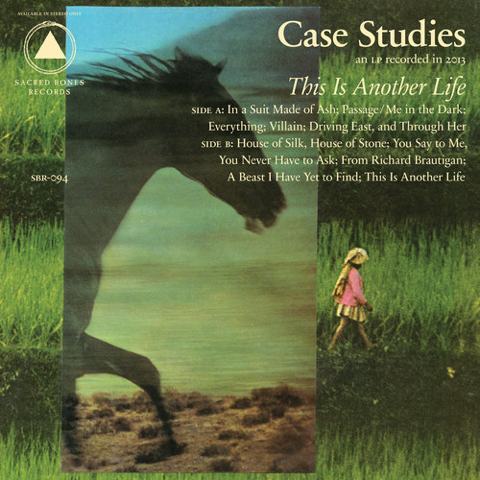 Case Studies is the musical project of Jesse Lortz, a prolific Seattle based musician that was part of The Dutchess and the Duke. This Is Another Life is Lortz’s second full-length solo release on Sacred Bones. It is the follow-up album to 2011’s highly acclaimed The World is Just a Shape to Fill the Night.
This is Another Life features guest vocals by Marissa Nadler on “Villain” and has the same producer and engineer, Greg Ashley of the band Gris Gris, as the last album. Ashley also plays percussion, organ and adds additional vocals & guitar. Lortz is also helped out by Jon Parker (guitar / piano), Oscar Michel (bass), Joe Haener (percussion), Carey Lamprecht (violin) and Shawn Alpay (cello).
The limited edition vinyl consists of 200 hand-numbered copies in deluxe packaging, with bonus This Is Another Life demos, silk-screened wrap-around sleeve and wax-sealed. The album will be available June 11, 2013 on Sacred Bones Records.