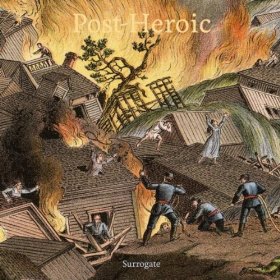 Fire Note Says: Surrogate add heavier textures to their already winning formula, and sound more cohesive than ever before.
Album Review: You’ve probably never heard of Surrogate. Ever since their 2007 debut on Tooth & Nail Records, Love is For the Rich, the Chico, California band has flown under the radar, but they’ve managed to craft some of the most musically diverse and lyrically potent indie rock around. Originally the project of Number One Gun alumni Chris Keene (guitars, vocals, keys, bass, etc.) and Jordan Mallory (drums), the band expanded to five members (now four with the departure of Mallory) and released their Diamonds and Pearls EP totally independently in 2011. Their new full-length Post-Heroic is another fully independent effort that turns the guitars up in the mix but loses none of the band’s wry sense of humor or melodic instincts.
The band describes their music as “intelligent pop songs for people of moderate to great intelligence,” which is a fairly apt characterization, at least of the lyrics. Keene has always had a way with words, and Post-Heroic is no exception: interesting themes and turns of phrase abound, from opener “Blank Page” where the singer hints at feelings of inadequacy (“A crippling fear of change / Nods at me slightly / Smiles so politely / Tells me ‘you can do better,’ / Down the barrel of my own gun”), to the occasional absurdity of relationship troubles on “Lovers” (“There’s a hole in my brain the size of the ring / That I forget sometimes after showering / With a heavy heart and the devil’s tools / I met a pretty girl who learned the golden rule / I love you / But one time forgot to”). Then there’s “Belongings,” the kind of song that Keene excels at writing, with enough subtle comedy to fuel an entire album of someone else’s songs: “On a sailboat with an African mask / Drinking champagne from Italian glass / Chinese rubber in my sole made by an Indian man / Took a trip around the world to find it’s actually flat.” 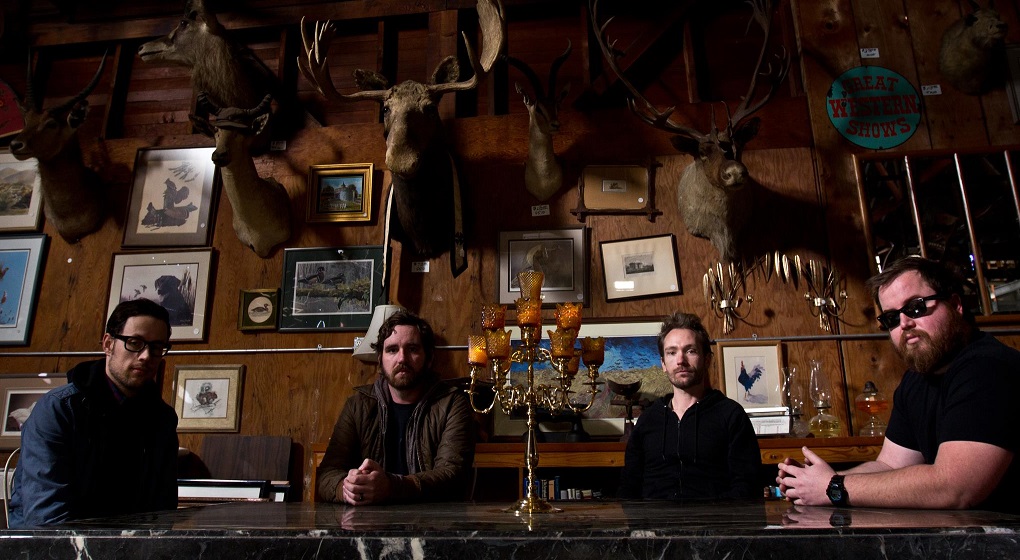 The music backing Keene’s lyrics is just as good, and while some of the instrumental eclecticism of the band’s past work is initially missed, the guitar-focused sound here results in an album that hangs together a little better than some of their previous work, so the trade off is worth it. There’s still plenty going on here musically—the synths on “Blank Page” and “Sleep Alone,” castanets on “Battle Ground, Washington,” organ on “Crimes,” lush mellotron-esque backing on “Close Enough,” and the string section on closer “Accolades” are examples of the small touches that add to the diversity and become more noticeable with repeated listens. The drumming on the album is another aspect that adds to the variety: since drummer Jordan Mallory left before the band started recording this album, the other members got behind the kit, and their varying approaches give each song a unique feel.
Surrogate will probably never “make it”—their songs won’t get played on the radio, they won’t appear on the soundtrack to that hip underground indie film, and you probably won’t hear one of their songs on Television Show that Appeals to the 18-34 Demographic. You may not even hear them at all—you’ll read this review, say to yourself, “I should check them out,” and promptly forget about them. And that’s a pity—you’ll be missing out on some great music—but it’s also OK; Surrogate won’t care. They’ll just keep on making great records full of great melodies and lyrics because that’s what they do. And I, for one, will keep buying them.
Key Tracks: “Blank Page”, “Lovers”, “Belongings”
Artists With Similar Fire: Guster / Death Cab for Cutie / The Shins
Surrogate Website
Surrogate Facebook
-Reviewed by Simon Workman