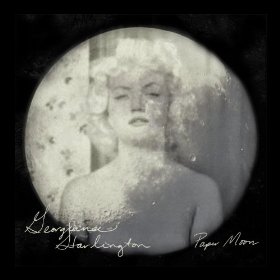 Fire Note Says: Georgiana Starlington’s debut Paper Moon is a solid taste of western mysticism.
Album Review: Siblings Julie and Jack Hines (Jack, former Black Lips member and both members of K-Holes) have created Neko Case’s “Prison Girls” the album, review over…Of course it’s not over, but when the tracks started rolling I couldn’t get the more sinister and dark sides of Case out of my head. Georgiana Starlington’s debut album, Paper Moon, is an interesting plunge into country/western roots with and expansive, almost shoe gaze like twist. This Duo takes the likes of Johnny and June Carter Cash, Lee Hazelwood & Nancy Sinatra, or the Louvin Brothers and gently grinds, warps, and churns them through the filter with the likes of The Velvet Underground, The Dead Weather, Black Mountain, or Nick Cave.
What do you get from this fine grade of musically mashed musicians is different western motifs. “Hard Grave” immediately echoes the sun bleached cowboy, a searing guitar streaks the hot sun, while the bass and drums interplay to create the mosey of a horse on the desert sands. “Mirage” is just that an instrumental with sun warbled guitars that flash the presence of being barely there. “Louise Louise”, one of my favorite tracks, is a country tinged pop song with potent snakebite lyrics. She’ll give you what you need when it’s time for you to bleed/She’ll bleed with you,” and the downtrodden chorus, “Louise Louise, the rives and breeze speak the name of you/ Louise Louise I hope that other man ain’t the same to you/ Louise Louise who carries all the doubt, grief, and shame for you.” “Gust” ditches that had edge of the desperado in favor of a gentle beat, light airy guitars, and a beautiful starry-eyed moan that Julie floats over the song. Near the end of the record, the duo goes for a gather around the campfire vibe. You can almost detect the setting of the sun, the warmth of the flames, and the smell of wood smoke as “Legendary Wreck” gives the day its final due. “Moonlight” is an ode to the night with hushed vocals and the cooling ember accompaniment of pedal steel. This track also pulls a Neko Case (see “Marais La Nuit”) as the final 30 seconds are the gentile chirp of crickets. In the albums final moments there’s one last little shift of gears. “I’m Coming Down” find the duo stripped down, echoing each other with harmonies, with an almost childlike, music box plink. 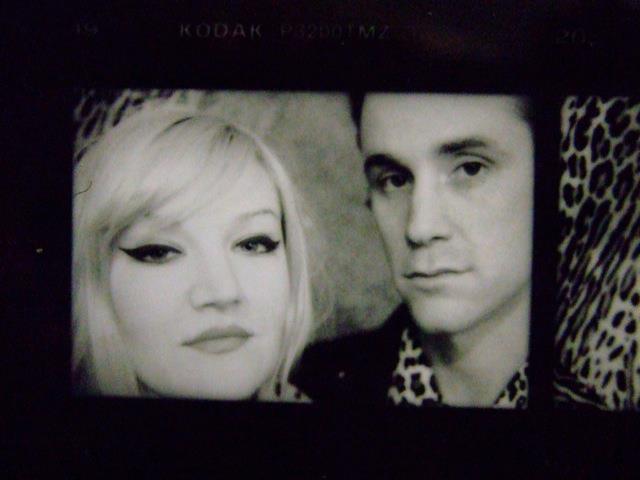 I referenced Neko Case in the opening part of the review, while Georgiana Starlington doesn’t possess the same vocal strength, they do have an interesting idea. Letting contemporary country/western ideas bleed into a garage engineered, shoe gazed pop sound is something that I’ve rarely heard. Paper Moon is a true grower and the more I listened to it, the more I started to feel the hot desert winds at my back.
Key Tracks: “Louise Louise”, “Gust”, “Legendary Wreck”
Artists With Similar Fire: The Velvet Underground / Johnny and June Carter Cash / Merle Haggard and Bonnie Owens
Georgiana Starlington Website
Georgiana Starlington Facebook
HoZac Records
-Reviewed by Christopher Tahy

Father President: Fake It Like You Mean It [Album Review]