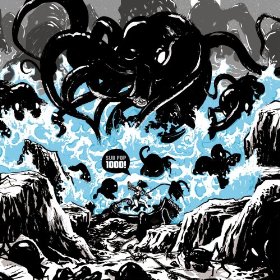 Fire Note Says: Sub Pop 1000 gives you 10 artists that are well worth checking out!
Album Review: It probably shouldn’t surpise anyone that I enjoy new music. I listen and write constantly about new music so when this fresh compilation from Sub Pop hit my desk it was an immediate listen. Sub Pop 1000, as it is titled, is a tribute to the label’s early days when they released the compilations Sub Pop 100 (1986) that featured Wipers, Sonic Youth and Shonen Knife and Sub Pop 200 (1988) that gave the world Nirvana, Mudhoney and Soundgarden. These early brave underground pairings highlighted what Sub Pop was all about and just in time for the label’s 25th anniversary they do it again with a 10 track compilation of previously unreleased songs from artists you probably have not heard of.
Since we trust the great people of Sub Pop this compilation is like opening a Christmas present you know that you will absolutely love but have no fucking clue what is inside. You are greeted with the stylistic and noisy seven minute post-punk of Italian band His Electro Blue Voice which has distortion, big deep riffs and a similar wall of sound much like A Place To Bury Strangers. Its pulsing beat and panicked vocals is a beginning highlight. I even forgot that the track is really long for my standards because its rock out blew me away. The next track that stands tall for me is the memorable mid-tempo rocker “French Post” from Detroit’s Protomartyr. The band has a Girls Against Boys meets The Fall sound that grooves and builds right up to its conclusion. Baltimore’s Ed Schrader’s Music Beat gives you a more pogo punk rock that is “Radio Eyes” which will have you singing along even though it is a quick 2 minute power track. 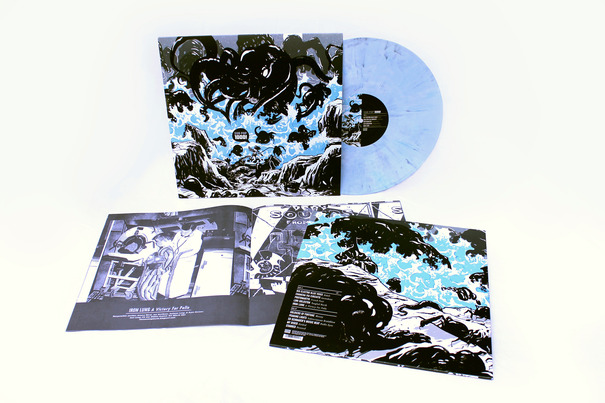 Sub Pop 1000 also has some surprises like the Argentinian producer Chancha Via Circuito and his electronics on “Lacandona” to the instrumental from Lori Goldston who was the touring cellist for Nirvana from 1993–1994 and appeared on their live album MTV Unplugged. There is also the gorgeous closing balled “Doomed” from Brooklyn-via-L.A. outfit Starred that has a folk undertone and vocals from Liza Thorn that is a mix of Hope Sandoval (Mazzy Star) with the desperate rougher tone of a Courtney Love. It is a song that for sure should gain the band some attention as it is one of the best tracks on the compilation.
Like all good label compilations, Sub Pop 1000 is all about discovery. The label successfully pulled 10 different artists together covering a diverse set of genres and made them flow for a solid 40 minute listening experience. It is also a compilation that I will go back to, be on the look out for new material from most of these artists and it gives you the bragging rights when you heard them first or have a copy on vinyl 25 years from now. Way to go Sub Pop – happy 25th and here is to another 25 years of great music!
Key Tracks: “Kidult” – His Electro Blue Voice, “French Poet” – Protomartyr, “Radio Eyes” – Ed Schrader’s Music Beat, “Doomed” – Starred
Sub Pop Records Website
Sub Pop Records Facebook
-Reviewed by Christopher Anthony