The intent of our Label Profile feature is to simply highlight a record label that we feel aligns with our own belief here at The Fire Note that music is an experience.
Today we profile Dirt Cult Records. A huge thanks to founder Chris Mason for taking the time to answer our questions. If you like what you hear below make sure to go over to the Dirt Cult site HERE and give them your support! 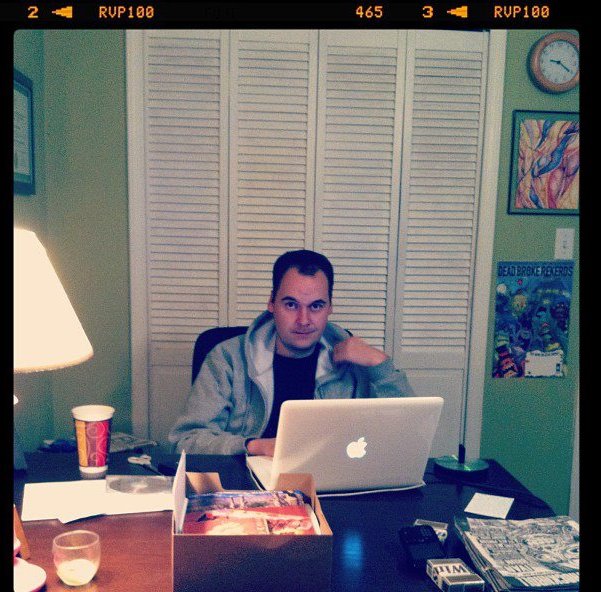 TFN: Who are you? Where are you located?
Mason: My name is Chris Mason. I run Dirt Cult Records out of Las Cruces, NM
TFN: When and how did the label start? Where does the name come from?
Mason: The label started around 2006 to release a 7″ record by my own band at the time, Shang-A-Lang. I had grown up reading interviews and columns with label owners in Maximum Rock N Roll and other fanzines as well as mail ordering records and always thought that the idea of having my own label sounded like a lot of fun. There was something strangely compelling for me about seeing a project through from start to finish and then spending countless hours packing orders up and sending them to post. That might sound a bit nuts, but it’s true.
At any rate, Shang-A-Lang was only a few months old. We had recorded four songs on a 4-track tape recorder and we planning on touring the west coast. I figured that rather than trying to “shop around” for a label, now would be as good a time as any to start my own, and if I fucked things up too badly, at least it would be for my own band’s release. I then approached Land Action from Seattle about doing a 7′ and things just kind of snowballed from there.

The name is actually stolen from my friend’s fanzine called Dirt Culture. I had helped him release a split 7″ between my old band, The Answer Lies, and another local band called 10 Seconds to Liftoff on a label he was trying to start as a sort of subsidiary of the zine. However, shortly after, the zine went on an extended hiatus. When I needed a name for my label I asked him if I could steal the name and shorten “culture” to “cult” and he gave his blessing.
TFN: How big is your current active roster?
Mason: This is a difficult question to answer because our roster is pretty fluid. Dirt Cult does not have contacts and bands are free to release records on whatever label they chose. I mean, I’m always really excited (and give priority to) bands that want to return to do another record, but my 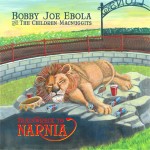 feelings aren’t going to get hurt if they decided to put out records on another label. Oh and then of course, bands break up. So of the 60-something releases Dirt Cult has put out or are planning to put out here are the bands that are currently active in some capacity (though I’m sure I’ll miss someone..or by the time this goes to print someone will have broken up).
Dirt Cult Roster:
Autonomy, Big Dick, Big Eyes, Bobbby Joe Ebola & the Children MacNuggits, Brain Attack, Carnivores, Crow Bait, Crusades, Dan Padilla, Daylight Robbery, Defect Defect, Dude Jams, Earthmen & Strangers, Far Corners, Feral Trash, Foreign Objects, Fur Coats, Lenguas Largas, Libyans, Low Culture, The Magnificent , Marked Men, Muhammadali, New Swears, Rumspringer, Severance Package, Shark Pants, Street Eaters, Sundowners, Turkish Techno, Unwelcome Guests, VVHILE, Wide Angles
TFN: What does Dirt Cult look for in a band? Is there a “Dirt Cult” sound?
Mason: I don’t really think there is a “Dirt Cult sound.” I have too diverse a musical taste to pigeonhole the label to a particular genre. Personally, I think this is really cool, but for some people I suppose it could be a bit confusing. We’ve released or are releasing everything from sloppy 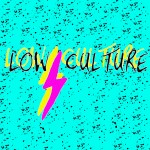 punk rock from God Equals Genocide to atmospheric indie rock from VVHILE and Lenguas Largas. The common thread I suppose is that I genuinely enjoy the music and feel and that the band’s share similar ethics to myself; those ethics being rooted in a DIY approach to music and to life I suppose.
Someone also once said that I tend to take a lot of chances with new bands who have never really released anything and I suppose their is some truth to that in looking at our back catalog. That has been met with varying degrees of success, but it’s certainly fun to expose people to new music that might not have otherwise been heard.
TFN: Top 3 Dirt Cult releases?
Mason: Shit! This is a loaded question. I’m pretty forward thinking and don’t like to dwell in the past. I like everything I’ve released and playing favorites is weird (and can potentially cause hurt feelings). So I’ll just talk in terms of what the releases have meant for the label:

1) Big Dick – S/T LP (the first release where I really made a conscious and active effort to promote a record outside of my usual outlets – social networking, ads in Razorcake and MRR, message boards, and a few bloggers) (Fire Note Review).

2) Sundowners – Gnome & Glacier LP (After a ton of 7″ -mainly split label – releases this was my first shot at an LP. I love this band and am happy they continue to stick with Dirt Cult, even though I’m sure it was clear that I had absolutely no clue what I was doing when I put this out).

3) Shang-A-Lang – Error 7″ (Dirt Cult’s first release and my first attempt at releasing a record. Turns out it wasn’t as hard as the paperwork made it look).
TFN: How does vinyl fit into Dirt Cult’s overall strategy?
Mason: Vinyl essentially IS the label. I have had a love affair with vinyl for more than half of my life. I still love dropping the needle on a record for the first time and marvel at the mechanics of it all. I love the large artwork and just staring at liner notes while listening to my favorite records. It’s only been in the past 8 months that I’ve paid much attention to digital distribution aside from throwing things up Bandcamp (often for free). And while I realize that digital files are convenient, that many people have abandoned physical releases all together, and that digital sales can supplement the exorbitant costs of releasing something on record; I personally don’t consider myself as “owning” an album unless I’ve got it on wax.
TFN: What is in the pipeline for the rest of 2013?
Mason: Every year I say I’m gonna slow down and every year it seems like speed up. And this year is no exception. So far 2013 has seen the release of Bobby Joe Ebola and the Children MacNuggits – Trainwreck to Narnia LP and Big Dick – Big Dick LP.
We’ve got several other records in various stages of production.

Sundowners – The Larger Half of Wisdom LP will be out May 26th, and though I’ve already released an LP and a 7″ from this band, I think this one is going to be hard for people to ignore.

We have a Brain Attack – S/T 7″ coming out on June 17th. Absolutely brilliant female fronted hardcore from buddies in Hairdos on Fire, Sex Advice, Rats & Birds, Come and Take it, and Wiccans.

Rumspringer – Stay Afloat LP will be out on the same day. I’m stoked these guys have finally come to their senses and allowed me to release their record after 5 years of me begging.

The Fur Coats – Goddamn I’m a Handsome Man 7″ should be out anytime now. Great power pop from Marc from Das Kapital, No Empathy, The Traitors, and some other classic Chicago bands.
Feral Trash – Dead Eyes 7″ is dark pop punk from Canada featuring members of Fear of Lipstick. Hoping to have that out in time for Ottawa Explosion along with the debut LP from Ottawa’s New Swears. Imagine Mean Jeans partying with the Black Lips. That one is going to melt some brains.
Unwelcome Guests – Wavering LP is getting mastered and we’re wrapping up art.
Additionally, we’ve got records from Sweatshop Boys, VVHILE, Daylight Robbery, Free Machines, and more in the works.
TFN: Name an album (classic or new) that gets plenty of airplay at the office? 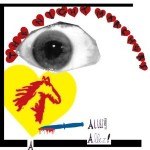 Mason: I just returned from a European tour with my band Low Culture, and while I should be trying to get through the loads of records I ended up purchasing while on the trip, I just can’t stop listening to two of them: Hard Skin – Why do Birds Suddenly Appear LP and Night Marchers – Allez Allez LP. When doing mundane things like stuffing records though I generally like to listen to power pop (like Vapors – New Clear Days LP) or hardcore (like Limp Wrist – S/T LP) records.
TFN: What do you think of the current state of music?
Mason: Anyone who says that the current state of music is anything but great isn’t paying attention. Sure maybe their are more bands than ever, and a lot of those bands are bad, but to my mind, some of my favorite bands ever are releasing music now. Its a big reason why I’m so inspired to keep releasing records despite my desire to slow down. I just can’t say no when I hear something that blows me away.