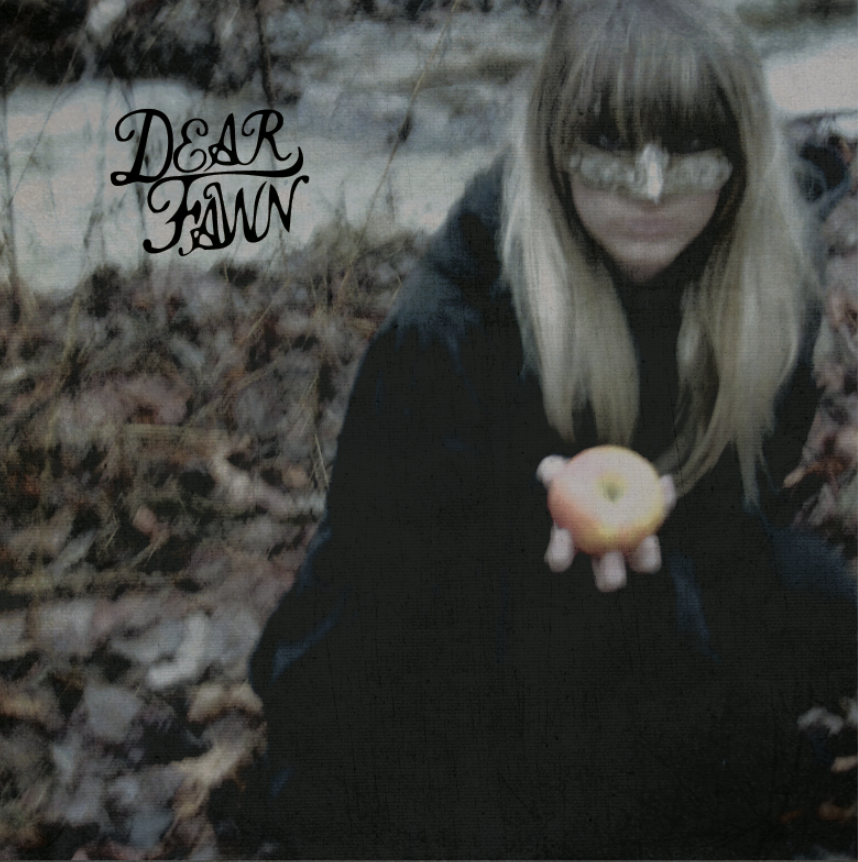 Fire Note Says: Dear Fawn’s debut EP is a solid combination of musicianship and songwriting.
Album Review: I’m proud to say it; I was there for Dear Fawn’s live debut opening up for the Seedy Seeds last summer. It was a nice wowing moment as their stage presence was tight and it appeared the gang had seemed to have played together for quite some time – in a sense that was true. Dear Fawn brings together Kyle Melton, Andy Smith, and Tyler Bellingar of Dayton, Ohio’s King Elk which are all tied together by the sultry blare vocals of Tifani Tanaka. Their debut seven song EP, I Played The Queen, forgoes the sun drenched psych-pop ascetic of King Elk in favor of a grittier garage punk flavor. It’s all very solid with every song showing off another aspect of creativity.
A big win for Dear Fawn are the dynamics held between Tanaka and Melton. A unique understanding of trust is shown here as the two complement each other well and are always on the same wavelength. Crashing out the gate, “The Bad Seed” bounds forward with a classic surf riff. Tifani’s bluesy boom complements the track very nicely. “Bandwagon” feels like it could make itself right at home on the Yeah Yeah Yeahs self-titled EP. A groovy bass line gives the feeling of constant motion and Tifani”s distance, fuzzed, lo-fi Karen O like wails make it a dead ringer. Throughout the album Tifani uses her razor sharp sense of humor to give a more honest version of a young woman trapped in these times. Title track “I Played the Queen” is a nice example of this. A slow sullen bass intro sets the pace, but what really gets to me is the uneasy, vertigo keys that the track coasts on. One of my favorite tracks, the moody slink of “Not In the Lionhearted Room” is carefully calculated yet haphazard skitter of guitar strings accompanied with an infectious melodic chorus that easily sticks inside your brain. Final song and one of the more straightforward of the bunch, “White Russian,” kicks the EP’s final moments into overdrive as it even throws in a Thee Oh Sees guitar freak out near the end.

Dear Fawn’s I Played The Queen is an exciting album for a good amount of reasons. There is a nice foundation of promise built here. If they ever release a LP (and I hope they do) I’d like to see a bit more of a risk taken. Each song here has a strong character to it and I respect that, but it gives off a bit of a disjointed flow that’s only a bit on the disruptive side. But with time I see stronger dynamics, more risks, and adventurous styles taking place. Let’s hope Dear Fawn is here to stay because as they continue to hone their boozy blues garage punk tones they’ll keep my ear for sure.
Key Tracks: “Bandwagon”, “Not In The Lionhearted Room”, “White Russian”
Artists With Similar Fire: The Dead Weather / Blondie / The Yeah Yeah Yeahs
Dear Fawn Website
Dear Fawn Facebook
Gas Daddy Go! Records
-Reviewed by Christopher Tahy