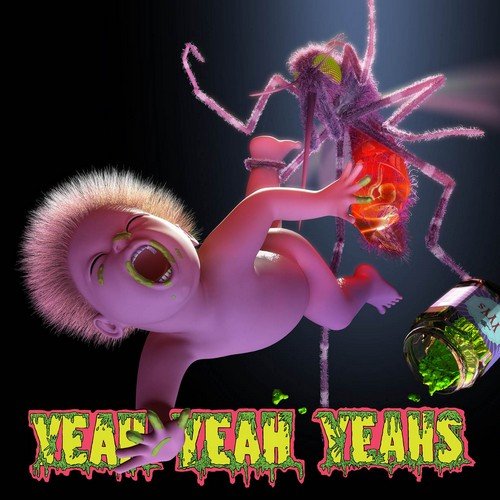 Fire Note Says: Yeah Yeah Yeahs return with the somewhat disjointed Mosquito which still possesses a bite.
Album Review: It is hard to believe that it has been 10 years since Karen O and Yeah Yeah Yeahs took the indie world by storm with their debut Fever To Tell (2003). Over that time span the group has become more confident, powerful and seductively mature while slowly leaving some of their earlier raging tracks well in the past. With that said, the Yeah Yeah Yeahs have changed up their sound with each release and last time we heard them on It’s Blitz! (2009) there was tons of synths and flash in the mix. The band’s fourth full length, Mosquito, reverts back to their guitar times with a little less rage, a bit more playfulness and plenty of smoldering tempo tracks for fans of their breakout track “Maps”.
Like their three previous records, Mosquito is filled with diversity and has its own vibe. The opening track “Sacrilege” is classic sounding Yeah Yeah Yeahs as its tempo sits right in the middle and lets Karen O take the stage and grab full command complete with a choir ending. This is where the band shines today as the song still retains a big attitude. There are several more on Mosquito paced out just like it as the tracks stay above a ballad but well below any of those debut rippers such as “Rich” or “Tick”. This may put off the longtime fans but Karen O’s venom is now used in bursts rather than consuming an entire track. There is also the closing churner “Wedding Song” which also shows that Karen O can still sing ballads with the best of them and basically just slowly closes the door on the entire record in graceful fashion. 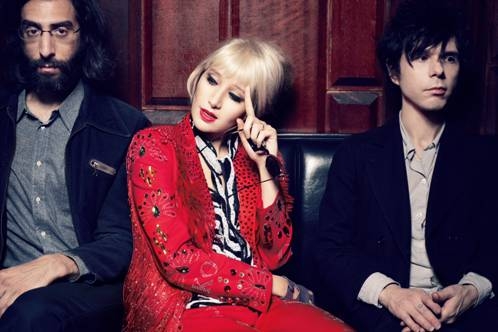 Mosquito is also about a constant growth from the band like each progressive record on their resume. The group even dabbles a bit into dub on the album highlight “Slave” which just puts all of the pieces in the right places such as the muscular guitar that still circulates in the background as the track just smolders. In other areas the Yeah Yeah Yeahs struggle to keep everything together like on the title track when O sings “they’ll suck your blood” it just comes off a bit campy. The aliens in “Area 52” also meet the same fate when it comes to maintain a level of cool. I also was not a big fan of “Buried Alive” which features a Dr. Octagon rap midway through the track. I would be OK with a track like this but it just abruptly comes out of nowhere and hurts the album’s overall flow. Not to worry though because I am sure the track will be some follower’s favorite.
That leads me to the conclusion on this somewhat disjointed effort from the Yeah Yeah Yeahs. Mosquito is a big grower and some of the tracks here represent the band’s best work. In the same breath this record also holds many ideas that just never go beyond the album and hold your interest. Its slower dynamic in places succeed but some of its transitions lack initiative. This may leave the listener a bit aloof at times but overall Mosquito has more positives than negatives as the Yeah Yeah Yeahs presence overpowers the weaker spots on the record!
Key Tracks: “Sacrilege”, “Slave”, “Wedding Song”
Artists With Similar Fire: Pretenders / Radiohead / Blondie
Yeah Yeah Yeahs Website
Yeah Yeah Yeahs Facebook
Interscope Records
-Reviewed by Christopher Anthony