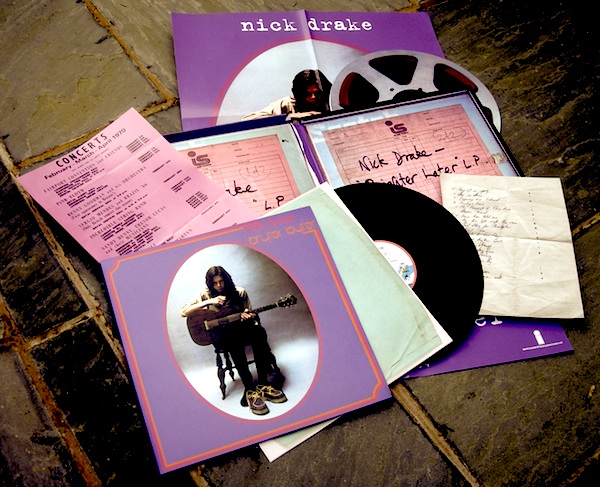 Continuing the ReDISCovered boxed vinyl series of Nick Drake’s albums, Island Records will release Nick Drake’s second album, Bryter Later, on April 13 in a format similar to that used for the release of Pink Moon in 2012. The album itself is a near exact replica of the original 1970 release, pressed on heavyweight audiophile vinyl, and remastered at Abbey Road from master tapes by the album’s original engineer John Wood. Although the first generation master tapes were found to be unusable, Wood had made a safety copy of the album in 1970 and it is from this that the new album has been struck.
The vinyl comes in an Island card inner bag in a single pocket textured sleeve, just as the original release would have done. In addition it is housed in a box containing a copy of the original shop poster, a smaller ‘Live’ poster/brochure and a reprint of Nick’s handwritten set list together with reproductions of the master tape reel and tape box lids.