Jack White And The Bricks: Live On The Garden Bowl Lanes [Album Review] 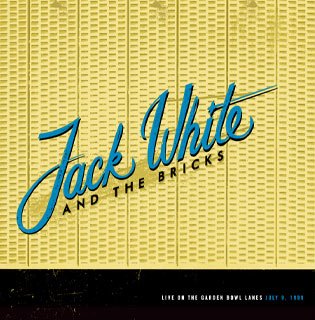 Fire Note Says: Jack White and The Bricks might just be another brick in the wall.

Album Review: First things first – I love Third Man Records, I love Jack White, and I love vinyl. So when Third Man Records announced that vinyl package # 15 would be a July 9th 1999 live recording of Jack White and the Bricks my anticipation was quite high. Live on the Garden Bowl Lanes is the first show recorded by the guys, in between lanes 11-14, the four track reel-to-reel was on lane 10, as they open for The Greenhorns. Jack White and The Bricks consist of (of course) lead vocals and guitar Jack White, also on guitar Brendan Benson (future Raconteur), on drums Ben Blackwell (The Dirtbombs, Blackwell is also head of vinyl production for Third Man Records), and on bass Kevin Peyok (The Waxwings, The See-Sees). From all this you get a bit of a stilted Jack White therefore; a standard stilted live show is what you get.

I’m not here to trounce Jack White and The Bricks; there are still some quality merits that have to be discussed. For one thing, the vinyl presentation is quite striking. The bowling pin white inspired vinyl is dead on. The sticker pressed on the B side also adds to the bowling charade with its duel red stripes. The jacket here properly adds to the theme further with it dead ringer bowling alley font. As for the music, there is nothing egregious here, just restrictive. Like I said, it’s a standard live affair with a lot of the gems being the cover songs. The history of the tracks is very interesting and caught me a bit off guard. “Dead Leaves and the Dirty Ground”, “The Same Boy You’ve Always Known”, “The Union Forever”, and “Now Mary” are all by the numbers and lack much of White’s signature showmanship and improvisation skills. The wow factor comes from all these tracks being on The White Stripes White Blood Cells (2001) 2 years later. Both Bob Dylan covers, “Isis” and “I Threw It All Away” are fun a delivered with classic Jack White tact mixed with Dylan’s thick singer/songwriter poetic justice waft that encompass all his tracks. A disappointment, is the short length of signature traditionally arranged Dylan ballad “Black Jack Davey”; during the recording process something must not of transferred correctly. During other White performances this track is usually blown out and exaggerated to a very effective degree. A cute addition, final and rocking cover “Ain’t it a Shame” by ? And The Mysterians is dedicated to a girl having surgery-that girl is Meg White. 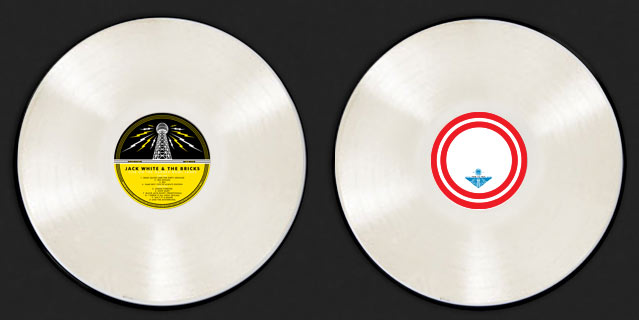 Maybe I was overly critical, maybe I let high expectations and anticipation get the better of me. I am really happy to have Jack White and The Bricks: Live on the Garden Bowl Lanes exclusively pressed on white wax. This is a record that you get the feeling that they did the best with what they had. In a historical context, being recorded about 13 years ago then being restored and pressed on vinyl is about as cool as you can get. Musically speaking, there are bursts of energy that culminate from live shows but at points on the record the players seem to lack identity. I never thought that we would find a band that could restrict Jack White but sadly The Bricks might just be those guys on this day back in 1999.

Artists With Similar Fire: The White Stripes / Goober and the Peas / The Greenhorns