Warm Soda: Someone For You [Album Review] 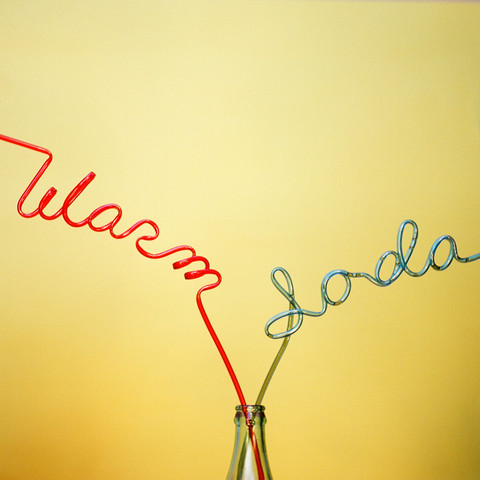 Warm Soda
Someone For You
Castle Face Records [2013]

Fire Note Says: Warm Soda fizzes over with a catchy power pop gem.
Album Review: If you like your music fast and catchy, with a little garage rock power behind it, then Warm Soda is a band you are going to want to check out. Someone For You, the debut lp from Warm Soda is loaded with sugary power pop jams that will rot your teeth and plant worms in your skull that will be tough to get rid of. Matthew Melton, formerly of Bare Wires, definitely knows his way around a catchy song, and his playing and arrangements put bands what bands like The Strokes are currently doing to shame.
Someone For You plays like a demo tape for the first Strokes record. It has more of a lo-fi feel to it, but the drums bang in that familiar way, the vocals sound like they were recorded through a cheap mic, and the guitars crash away with a devil may care attitude. The title track is a perfect example of this. Melton’s voice is an intimate croon that sounds like he is singing right in your ear. The playing is tight, and the guitar break sounds like it was pulled right off some obscure power pop record that people pretend to know all about but have never really heard. “Only in Your Mind” is the coolest track on the record, featuring buzz saw guitars, and a desperate, pleading vocal reminiscent of Chris Bailey on the first Saints record. “Waiting for Your Call” is another great track that puts out that great Strokesy vibe. 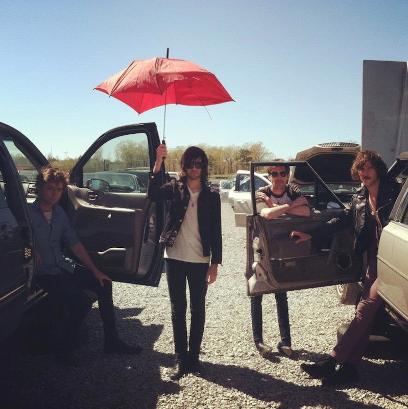 The only complaint I have with the record is that even though it’s very short, it can be repetitious. With a bit more time to gel, and some time on the road to really work up their own sound, there is absolutely no reason why a second Warm Soda record wouldn’t be just a touch better, and the kind of record that would enter into “record of the year” territory. As it stands right now, this is more of the kind of record that you will really love for a few weeks and then something else will come along and steal your attention away from it. I plan on reminding myself to keep this one in the rotation, because it always delivers the goods. Don’t let this one slip past you.
Key Tracks: “Someone For You”, “Waiting for Your Call”, “Only in Your Mind”
Artists With Similar Fire: Gentleman Jesse / Thee Oh Sees / The Strokes
Warm Soda Website
Warm Soda Facebook
Castle Face Records
-Reviewed by Kevin Poindexter

Colleen Green: Sock It To Me [Album Review]

The Besnard Lakes: Until In Excess, Imperceptible UFO [Album Review]