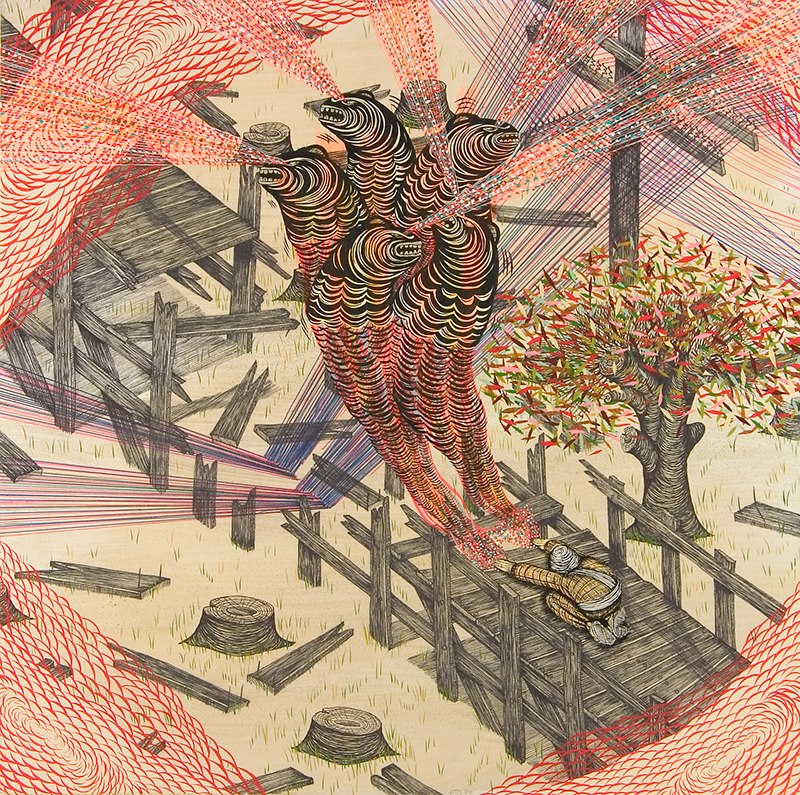 Rogue Wave will release their fifth studio album, Nightingale Floors, on June 4 via Vagrant. This release follows the band’s 2010’s album Permalight and the debut track from the album, titled “College,” can be heard on below.

Meditations on life and death dominate Nightingale Floors, in large part because Zach Schwartz’s father passed away during the writing of the record. But far from being a downer, Schwartz has used the experience to find peace and, ultimately, happiness in facing up to the short time we have on Earth and appreciate everything around him. Much has been written about Rogue Wave’s misfortune over the years, and it’s true that for such a nice bunch of guys, they certainly have had their fair share of bad luck. Schwartz points out, “Everyone has drama in their life. Everyone’s experienced life and death and injury. Maybe us a little bit more, I don’t know. I’ve always joked with Pat: ‘Everything is trying to kill us, but we’re still here.’”
Nightingale Floors Tracklisting:
1. No Magnatone
2. College
3. Figured It Out
4. Siren’s Song
5. The Closer I Get
6. S(a)tan
7. Used To It
8. Without Pain
9. When Sunday Morning Comes
10. Everyone Wants to Be You