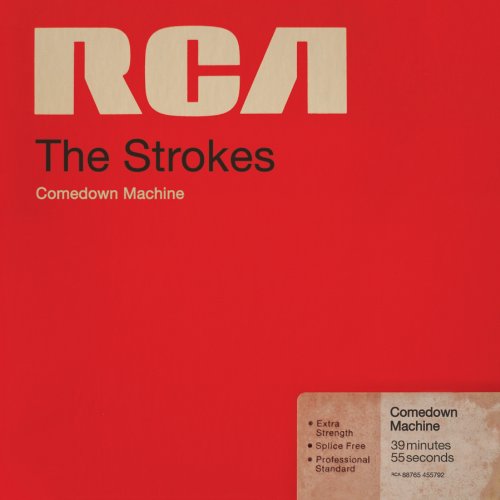 Fire Note Says: The Strokes continue to evolve on the highly enjoyable Comedown Machine.
Album Review: The Strokes are carrying a lot of baggage around these days, the kind of excess baggage that makes it tough to keep putting out records. For starters, they most likely aren’t ever going to top their debut, 2001’s Is This It?, the record that thrust them into stardom. They certainly aren’t the only band carrying an “album albatross” around their neck, heck that’s fairly common, as is the reluctance to try and recreate that high point by the artist. We as music fans are becoming more accepting of that, but for The Strokes, it’s different for some reason. We want them to be the cool young NYC hipsters who live on the edge and toss off great songs while engaging in self destructive behavior. It’s part of their myth, and they lived the myth for their first two classic records, but by the time of their frustrating third lp, First impressions of Earth, they had grown weary of that image and tried to break out of the mold. Their fans were not very accepting of the record, and the backlash had begun. How dare they not make a record that sounded exactly like the first two records??? At that point, a break was probably a good choice for the band. After all, they had spent the majority of the previous 5 years involved pretty heavily in the hype machine. A funny thing happened, on that hiatus, the band members, almost to a man, put out some really interesting and diverse side projects and solo records. It’s from these solo records where we can see how the new album, Comedown Machine, fits into The Strokes canon.
The most obvious similarity between Comedown Machine and any one of the solo records would be Julian’s Phrazes For The Young, which was heavy on the keyboards and 80s influences. But what’s maybe less apparent is how Albert’s playing has evolved through the years. He has a great ear for melody, and his guitar lines always support the song structures, one listen to his Yours To Keep record, will provide evidence of this, and show that he too was moving away from the classic “Strokes” sound. On Comedown Machine, the band is still very up-tempo, as 9 of the 11 songs on the record fall into that category. It’s a high energy album, as lead single “All the Time” would indicate. That song is all jagged synths and catchy falsetto vocals, atop a stomping drumbeat. Like most of the album, it’s extremely catchy and tuneful. “Tap Out” also demonstrates a similar feel, heavily new wave influenced. The band shifts gears a few times on the record, most successfully on the slower, atmospheric “80’s Comedown Machine”. Stylistically, it breaks new ground for the band on record, but it definitely calls to mind some of the orchestral pop of Hammond’s solo debut. Closing track “Call It Fate, Call It Karma” is another first for the band. It’s a spontaneous sounding jazzy folk influenced number that sounds more like Fab’s Little Joy project than it does a Strokes song. It sounds like they came up with it in the studio and just ran with it. While it doesn’t necessarily fit the overall mood of the record, it is a really nice song, and a pleasant surprise at the end of the album. 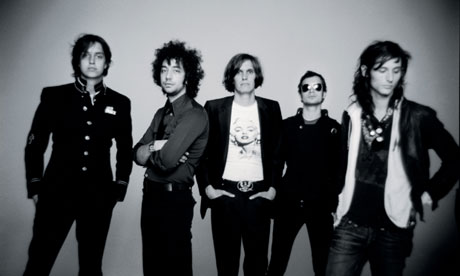 This is not The Strokes album that most fans wanted, it’s not the hoped for return to the 1st album, it sounds a lot like a Julian solo record, Julian’s voice sounds different as a falsetto, they don’t cut loose enough. You’re going to hear all of these critiques and more as you read up on the record. I want you to not focus on that, and think of Comedown Machine as the logical extension of what the individuals in The Strokes have been exploring on their own for the last 6 or 7 years. When you think of the record in those terms, it makes perfect sense. Of course they are going to bring new ideas and different influences to the record. It’s called artistic growth. It’s not a perfect record by any stretch of the imagination, but it’s a fun listen, and yes they definitely still sound like The Strokes, just with a wider array of influences to draw inspiration from.
Key Tracks: “All the Time”, “80’s Comedown Machine”, “Slow Animals”
Artists With Similar Fire: Franz Ferdinand / Arctic Monkeys / Maxïmo Park
The Strokes Website
The Strokes Facebook
RCA Records
-Reviewed by Kevin Poindexter