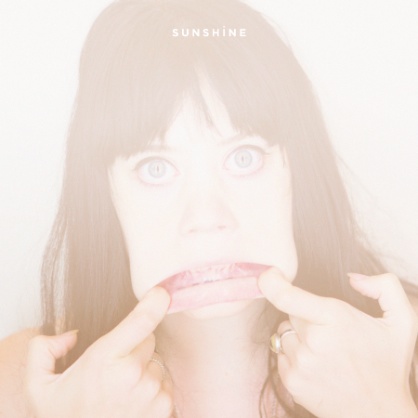 Fire Note Says: Vancouver’s Sunshine delivers on their debut lp!
Album Review: If you’re a fan of shoegaze, dream pop, or bands with girl group influenced harmonies, then let me introduce you to Sunshine, a new 5 piece from Vancouver. With influences ranging from The Raveonettes (always a favorite of mine), the Jesus and Mary Chain, and Black Tambourine, Sunshine hits hard with their debut self-titled record. Sune Rose Wagner even gives the band his seal of approval, by collaborating with the band on the record. Sunshine’s sense of pop is impeccable, these are highly crafted and evolved guitar pop songs guaranteed to put a smile on our face, get the head bobbing and the toes tapping.
The guitars really buzz on album opener “Showering with Wine”. Within the first 15 seconds of this song, I knew I was hooked. The harmonies are absolutely gorgeous, if you think The Pains of Being Pure at Heart are good, this is your new favorite song. This could have been released at any point between the late 80’s and now. This is timeless stuff. It was good then, it’s good now, and it will be good in another 25 years. “French Exit” is another stunner that astounds with its shimmering guitar, and a gorgeous vocal from Gillian Damborg. Think Best Coast or Dum Dum Girls and you are on the right page. On “Sundays Are For Cats” the band stretches out a bit, showcasing their chops a bit. Not only is it the longest song on the record at over six minutes, but it serves as a great change of pace track to mix up the hit after hit feel of the first half of the record. The song builds and slows, before finally building again to an exhilarating climax. “Shanghaied” is another standout on the second half of the record. It’s more aggressive, the guitars cut through the music rather than accent it, and the drums are a tour de force. This is indicative of the entire second half of the record. 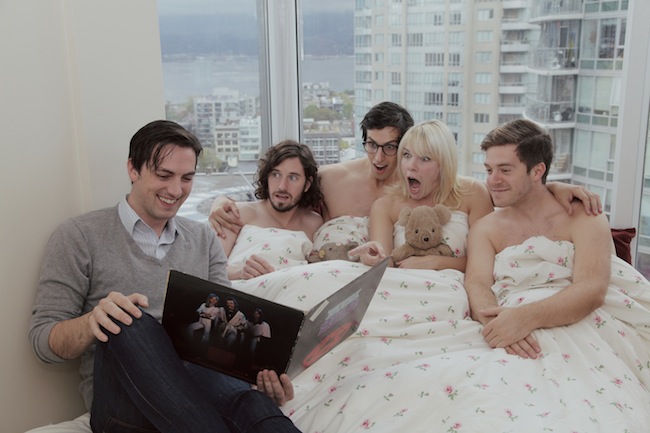 While the first half of the record satisfies with its overall poppiness, the second half is noisier and more discordant, having more of that Jesus and Mary Chain influence. Both halves of the record are as equally satisfying as they are different, and that’s what makes Sunshine so interesting. This is a band well worth keeping an eye on. If you are a fan of any of the bands I mentioned above, you should definitely check this record out!
Key Tracks: “Showering with Wine”, “Shanghaied”, “French Exit”
Artists With Similar Fire: The Pain of Being Pure at Heart / The Raveonettes / The Jesus & Mary Chain
Sunshine Website
Sunshine Facebook
-Reviewed by Kevin Poindexter