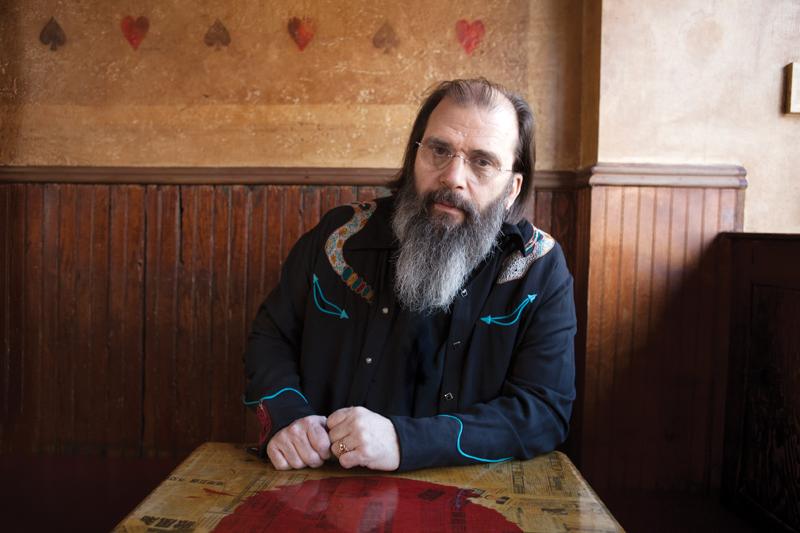 Below is the first single and video from Steve Earle & The Dukes (And Duchesses) forthcoming album The Low Highway. The “Invisible” video was directed by the actor and director Tim Blake Nelson (O Brother Where Art Thou, Lincoln) and shot in New York City.

Steve Earle is set to release his new album The Low Highway on April 16th via New West Records. The 12-track set is the anticipated follow up to 2011’s Grammy Award-nominated album I’ll Never Get Out Of This World Alive and is the first billed as “Steve Earle & The Dukes (And Duchesses).” The album is also the first to feature “The Dukes” band name since 1987’s Exit 0.
The Low Highway features his live band consisting of Chris Masterson, Eleanor Whitmore, Kelley Looney, Will Rigby and Allison Moorer and was co-produced by Earle and Ray Kennedy (whose production partnership known as the “Twangtrust” was behind Lucinda Williams’ Car Wheels on a Gravel Road). The Low Highway is Earle’s 15th studio album since the release of his highly influential 1986 debut Guitar Town.
The record will be available as a single compact disc, deluxe CD/DVD set, digitally, as well as 180 gram vinyl.
The Low Highway Track Listing:
Calico County
Burnin’ It Down
That All You Got?
Love’s Gonna Blow My Way
After Mardi Gras
Pocket Full Of Rain
Invisible
Warren Hellman’s Banjo
Down The Road Pt. II
21st Century Blues
Remember Me