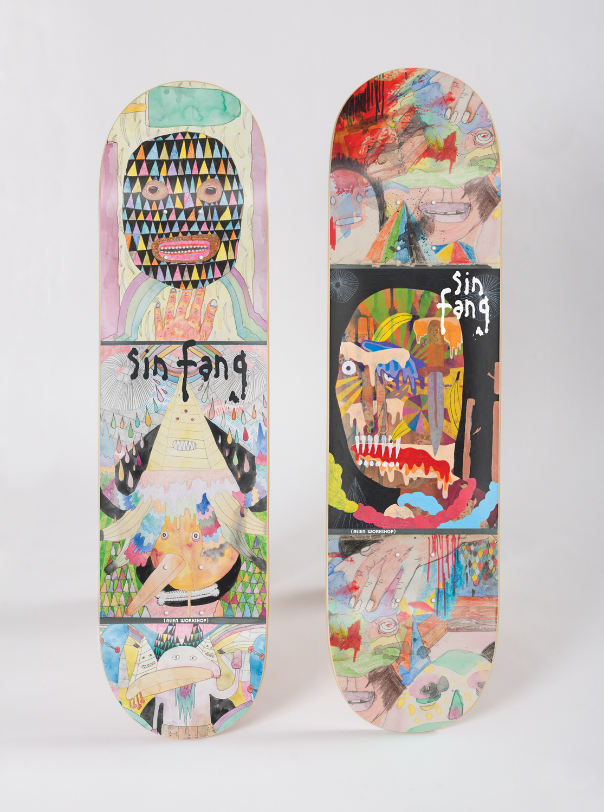 Icelandic collective Seabear’s founder and mastermind Sindri Már Sigfússon, has offered an exclusive first listen of his third album under the solo guise Sin Fang HERE. Recorded and produced by Alex Somers (Sígur Rós, Jónsi), Flowers is out this week on Morr Music. You can also check out first track “Young Boys” below.

With the release of this new album, Sindri’s life long dream has come to fruition through an exciting new collaboration with Alien Workshop. Long time admirers of his work, the renowned skateboard company celebrates the release of Sin Fang’s new album with two special edition decks (below) featuring artwork by Sindri, who has been an avid skateboarder for most of his life. Each deck including a download code for Flowers.