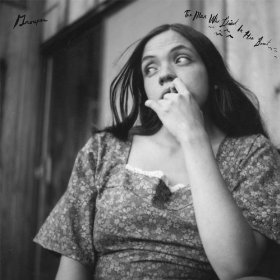 Grouper
The Man Who Died In His Boat
Kranky Records [2013]

Fire Note Says: Grouper creates a siren song that’s delicate, deep, and engaging.
Album Review: The world of ambient music can always be a mixed bag from the post rock haze ambience of Godspeed You! Black Emperor, to the technocratic textures of Brian Eno, and many many more. Liz Harris‘ Grouper, from Portland, Oregon gives us a bit something different-Maybe not at different as Animal Collective but she still garnered an opening spot on their Merry Weather Post Pavilion tour. Five years ago with her third full length, Dragging A Dead Dear Up A Hill, Harris gained much praise from a multitude of critics. Now she aims to repeat the process via Kranky with her fourth LP The Man Who Died In His Boat. An album that’s prepared with much simplicity and grace, a druggy, sexy, arty affair. Grouper’s secret is scarcity done right, the album creates a deep, challenging listen with soft strummed guitars, Wurlitzer keys, tape echo and an interesting un-lyrically lyric style that leaves you wondering.
Beginning track “6” sets you up with a warming aural haze, blooming, and shrouded vocal wails. “Vital” opens up and finally shows you what Grouper is all about. The low drones of guitar strings, a vocal presence that seems barely there but right at the forefront the whole time and that beautiful otherworldly ether swill that encompasses the album. “Cloud in Places” gives a spiritual lady of the lake vibe, with a light, almost Celtic influenced string strum places alongside the lucidity. 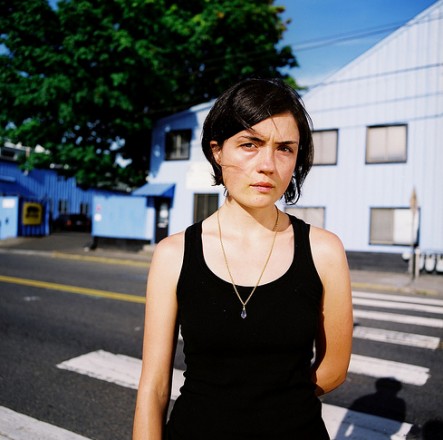 I‘ve heard that as a teenager Harris was on a trip with her father and she actually came upon boat wreckage which seemed to leave a lasting impression. So, in hearing this I like to look upon this composition as a bit of a concept album. “Being her Shadow” comes off as a comfort to the man who died in his boat. Its aural swirl seems to reach out as a comforting, siren song guiding an eternal soul that is lost at sea. “Vanishing Point” listens with a docile anxiety and mysterious somber drone. It really seems to take a lot of influence from past label mates Godspeed You! Black Emperor. Minus the heavy strings and keys I really get a Stanley Kubrick “Eyes Wide Shut” vibe.
Title Track, “The Man Who Died In His Boat” seems not to be a leading, or a call out for the man’s lost soul. But, it seems to come off as a conversation between the two as they’ve finally found each other within the aquatic limbo. Final track “Living Room” is a beautiful six string anchored lullaby, which seems to put the album to sleep. It’s also the most lyrically clear of all the tracks. “I’m looking for the place that spirit meets skin/ Can’t figure out why that place feels so hard to be in” its tone is dream worthy, but carries a theme of uncomfortable construction at the same time.
Grouper’s The Man Who Died In His Boat is one of the most beautifully complicated albums I’ve seen so far this year. It’s almost like a poem, or a deep literary work. In that sense it can be appreciated on its base merits for beauty and construction. But then you go deeper and its morality, themes, and major ideas wield infinite topics of discussion. I’m not going to say that everyone should run to the nearest record store and pick this one up. But, if there is one album that can give a mysteriously enchanting challenge The Man Who Died In His Boat is up to the task.
Key Tracks: “Vital”, “The Man Who Died In His Boat”, “Living Room”
Artists With Similar Fire: Julianna Barwick / Inca Ore / Mirrorring
Grouper Website
Kranky Records
-Reviewed by Christopher Tahy

1 thought on “Grouper: The Man Who Died In His Boat [Album Review]”