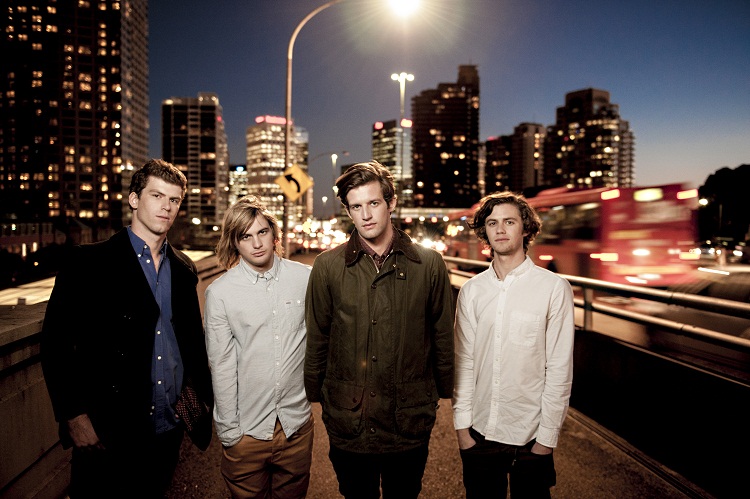 Warner Bros. Records has signed Australian rock group The Rubens to its roster. The band – which is brothers Sam Margin (vocals/guitar), Elliott Margin (keyboards), and Zaac Margin (guitar), plus their longtime friend Scott Baldwin (drums) – hail from the tiny rural town of Menangle in New South Wales (pop. 327) and have been on a whirlwind journey since forming in 2011. They have gone from being total unknowns to enjoying strong support from Australia’s influential radio station Triple J and playing the main stage at one of Australia’s biggest music festivals, Splendour in the Grass, alongside Jack White and Bloc Party. The Rubens also opened for The Black Keys in New Zealand and have been selected to support Bruce Springsteen during his tour of Australia this March.
The Rubens’ self-titled debut album, which was recorded in New York City with producer David Kahne (Paul McCartney, The Strokes, Regina Spektor), has already won over a legion of fans with its rich, soulful take on blues rock. The album debuted at No. 3 on the ARIA chart and sold more than 10K its first week, shooting to No. 1 on iTunes Australia.
The Rubens will make their U.S. debut performing at SXSW and touring here in March and Warner Bros. Records will release The Rubens’ album on June 11th. Check out the video for “My Gun” and let us know if you think they can crack the tough US market.