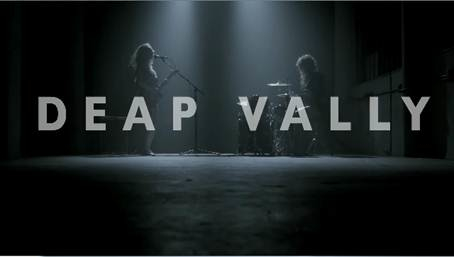 Deap Vally announced today the worldwide premiere of their video “Lies” off of their debut- 4 song EP Get Deap to be released in North America on April 9 through Cherrytree, Communion, Interscope and Island Records. The EP was produced by Lars Stalfors (The Mars Volta, Matt and Kim, and Funeral Party).
You can watch the Tim Mattia directed video for Lies below: