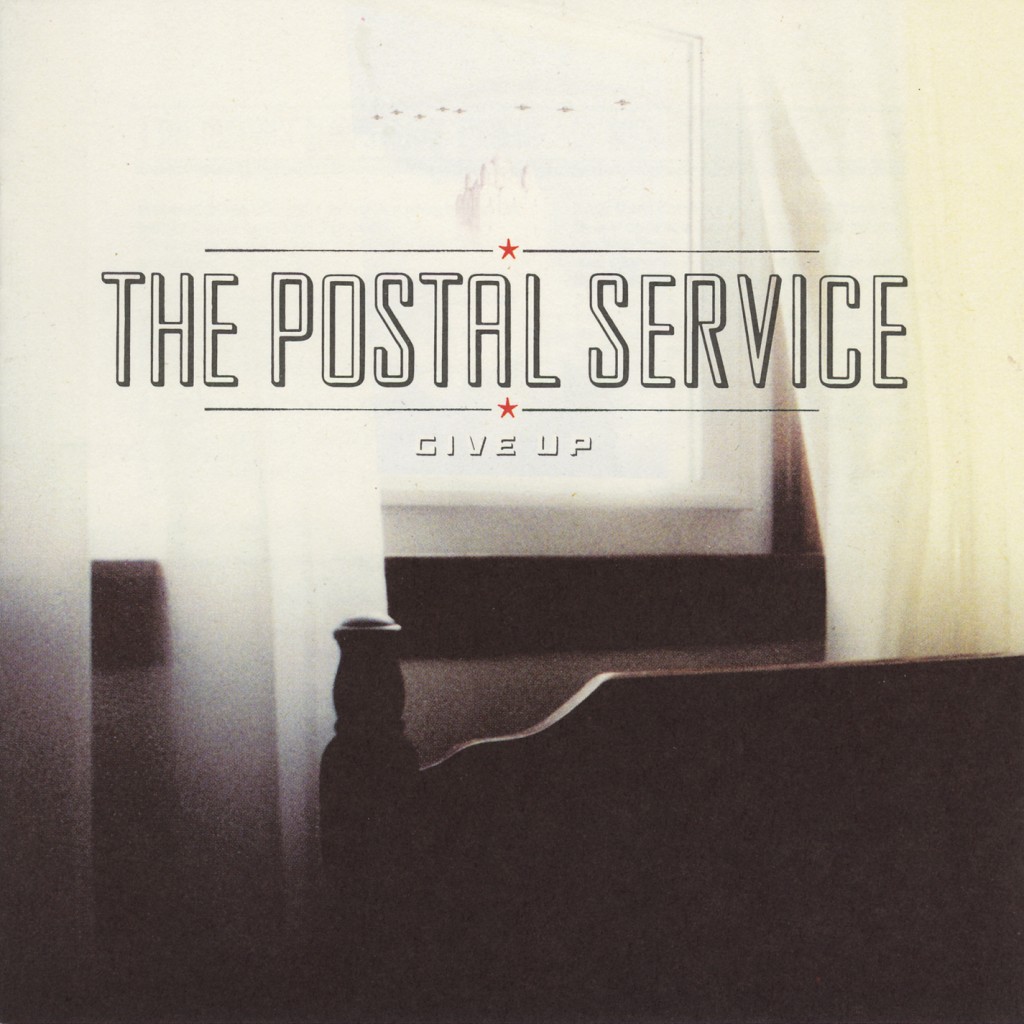 Sub Pop is thrilled to share the news that The Postal Service, the much-beloved, long-distance collaboration between Ben Gibbard and Jimmy Tamborello, will reunite this spring to celebrate the 10th anniversary and deluxe edition reissue of their universally acclaimed release, Give Up. The Give Up Deluxe 10th Anniversary Edition will include the original 10-track album along with 15 bonus tracks (including the 2 brand new songs “Turn Around” and “A Tattered Line of String,” a previously unreleased live recording, and every other official recording the band has ever released–as well as cover versions of Postal Service classics by The Shins and Iron & Wine) and was mastered by Grammy nominated engineers Emily Lazar and Joe Laporte.
Give Up Deluxe 10th Anniversary Edition will be available as a 2xCD, 3xLP and digitally on April 8 in the UK and Europe and April 9 in North America via Sub Pop. A very limited “Loser” edition of the 3xLP will be pressed on colored vinyl. Please find a complete tracklisting below.
Tracklisting:
Disc 1 (Original Album):
The District Sleeps Alone Tonight
Such Great Heights
Sleeping In
Nothing Better
Recycled Air
Clark Gable
We Will Become Silhouettes
This Place Is a Prison
Brand New Colony
Natural Anthem
Disc 2 (New Tracks, Rarities, B-Sides, Remixes, Cover Versions, etc.):
Turn Around
A Tattered Line of String
Be Still My Heart
There’s Never Enough Time
Suddenly Everything Has Changed
Against All Odds (Take a Look At Me Now)
Grow Old With Me
Such Great Heights (John Tejada Remix)
The District Sleeps Alone Tonight (DJ Downfall Persistent Beat Mix)
Be Still My Heart (Nobody Remix)
We Will Become Silhouettes (Matthew Dear Remix)
Nothing Better (Styrofoam Remix)
Recycled Air (Live on KEXP)
We Will Become Silhouettes (Performed by The Shins)
Such Great Heights (Performed by Iron and Wine)

The Joy Formidable will be touring the US this spring – New album out today!