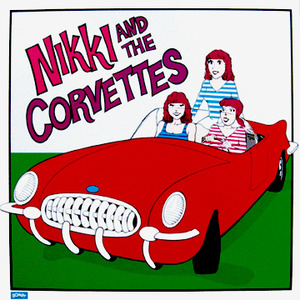 Fire Note Says: Nikki And The Corvettes released a rocking fun album back in 1980 – time to check it out!
Album Review: Long before Bikini Kill, The Donnas and Sleater-Kinney there was a rowdy girl rock record released in 1980 by Nikki And The Corvettes. The band was fronted by the hard working Nikki as she toured and played hundreds of shows every year. This new reissue on vinyl from BOMP! Records is a true reminder of just how much music is out there that represents a hidden gem for someone.
What makes Nikki And The Corvettes so appealing is that the songs are so simple as most tracks don’t pass the two minute mark. The album is a blend between the Ramones, The Go-Go’s and Blondie but it does not necessarily possess the depth of any of those bands but it is equally entertaining as Nikki’s confidence soars throughout the record as she sings about boys, summer fun and rocking it up. This is an album that is hard to sit still when you listen to it as the call out choruses are non –stop. “You’re The One” will make you want to join in the female backup vocals while “Let’s Go” most definitely should bring out some air guitar. 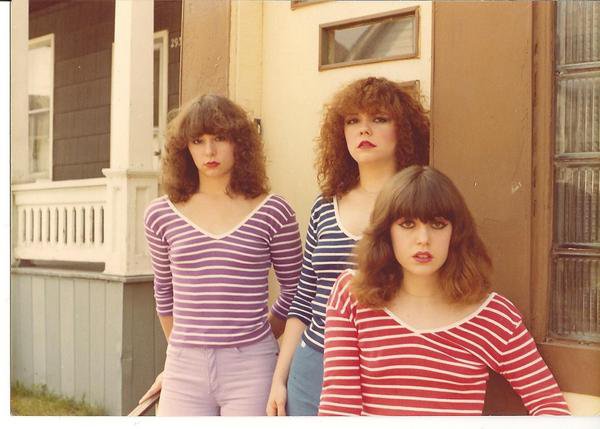 Nothing on Nikki And The Corvettes will scream out essential but the group’s mix of rockabilly, punk and new wave is nicely uncomplicated and full of youthful vigor that is just easy on the ears. This album has been newly reissued on bubblegum pink vinyl and is well worth the price to hear this rediscovered record. Nikki And The Corvettes will never be talked about in the same breathe as Blondie or The Go-Go’s but when you hear more modern female driven albums many of the dots can be connected right back to this solid record.
Key Tracks: ”He’s A Mover”, “Summertime Fun”, “You’re The One”
Artists With Similar Fire: The Go-Go’s / The 5.6.7.8’s / The Donnas
Nikki And The Corvettes Facebook
BOMP! Records
-Reviewed by Christopher Anthony