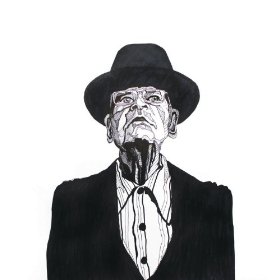 Fire Note Says: Pile’s Dripping rocks a page right out of the 90’s playbook-and that is a good thing.
Album Review: Imagine a world with The Pixies haphazard vocal styling, Failure’s quirky chord voicing and hard rock dissonance, a touch of Jawbox noise, and Torche’s all-out energy. Now take that and surround it with the grunge of Alice in Chains’s Dirt complete with everything Layne Staley brought to the table and I feel that you will get Pile. Pile’s Dripping was released last year on October 23rd but I’m glad that it has crossed my radar because at moments this album can show like a diamond in the rough.
“Baby Boy” breaks the whole thing off with the tense aggression buzz of guitars, the sway of vocals, and a drum beat that drives intensity with each pound. The song culminates the dissonant plink of guitar strings and carries with it a rising action that wrecks into the high energy end of the song – a great summary of what’s to come. One of my favorite tracks “So Hard” almost brings a wholesome warmth to the proceedings, it masks the lines between a disturbing sort of dreary and a beautiful interlaced guitar string pattern that made my hairs stand on end – great, great stuff. “The Browns” almost seems to become “Bullet with Butterfly Wings” heavier cousin that was never made. A fair amount of epic heft is replaced with a nice almost glassy smooth jazz jangle that suits the song quite well. Only to be smashed all to hell up by a noise storm of guitar, drums, and angst infused vocals wails. 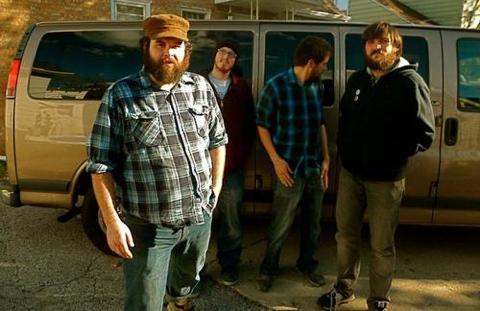 “Prom Song” feels to me like it could compare with some of the 90’s strongest musicians. It evokes that drug induced haze that plagued (for better or worse) some of the alt. rock bands. The vocal malaise and blurry eyed delivery really makes the song along with its slow intensity build that never fully goes all the way until the squeal of a guitar solo rips through the whole thing. “Bubblegum” goes for a haunting sparseness that erupts into a spastic chord shamble that really impressed me as most all their songs seem to employ the same tactics without sounding the same. The final track, “The Jones”, plays out in a lot of the same ways with its epic nature and shifting structures in tow only to find an abrupt end.
Pile’s Dripping took some time to enjoy. Listen after listen under its brash dissonance the album revealed to me that it had a lot to enjoy and look forward to. It’s a record but on shifts and amalgamations, shifting vocal styles and delivery, shifting noise rock to beautiful chord progressions, and an amalgamation of song ideas colliding together to form a demented yet enjoyable listen. Some of my comments may sound like I’m attacking the album but it is actually quite the opposite as Pile have created something here on Dripping that is so retro it is fresh again – and honestly I can’t get enough of it!
Key Tracks: ”So Hard”, “Prom Song”, “Bubblegum”
Artists With Similar Fire: Failure / Jawbox / METZ
Pile Website
Pile Facebook
Exploding In Sound Records
-Reviewed by Christopher Tahy