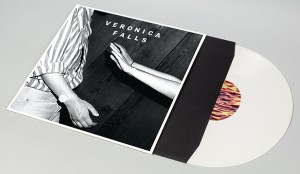 You may have had them tagged as goth-tinged pop fantasists, but with their much anticipated sophomore album Waiting For Something To Happen, Veronica Falls easily shrug off any notions of a difficult second album to create something that is easily more polished, more affecting, and more enduring than their peers could dream of making, and stake their claim as one of the most gloriously unpredictable and invaluable bands on the scene right now.
You can pre-order the new record on limited edition white vinyl HERE. Their self-titled debut sold out rather quickly so if you want the white version I suggest buying sooner than later.