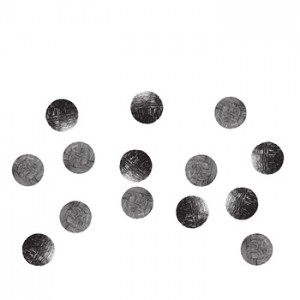 Fire Note Says: Jon Mueller takes you on a deep trip with his thought provoking Death Blues.
Album Review: “How much time is left? Do we know? Does our plan know? What happens when we thoroughly hold and understand that our lives are finite? How does this understanding of our end shape our present? And how do we become more ‘present?’ Because each moment is an opportunity and a decision.”
These are some of the questions that percussionist and Pele member Jon Mueller, poses with his new multidisciplinary project Death Blues. It all sounds quite morbid up front but Mueller’s record is really all about the celebration and opportunity of each moment. The mostly instrumental record takes you on an intense ride that always feels like it could collapse at any moment but can also swoop you back up just as fast. 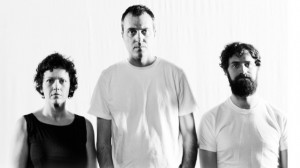 After the quiet but edgy opener “Find Yourself” you may think this album will be more atmospheric with its quiet spaces but instead when the strong rhythm kicks off in the over six minute “Impatience” you know the trip is going to be different. With a slight vocal chanting the track builds with an intensifying percussion to its breaking point at the end. This same style repeats itself throughout the four middle tracks on the six song album. What is interesting is how Mueller can manipulate this similar style into completely different compositions. The closer, “Iron String” was the track on Death Blues that surprised me the most as it has a true shoegaze fuzz to it as Mueller’s percussion once again pops up to dominate the overall sound. It is just a headphone pleaser to say the least.
At the end of the day the common indie listener will scratch their head at Death Blues because it is unconventional. This uniqueness sells the album for me as it is a record that you can submerge yourself into and take a break from the everyday struggles. It really accomplishes what Mueller wants which he simply states: “We know our time is finite, yet rather than give in to hopelessness, we celebrate and pursue happiness through our relationships, through our ideas, and through our actions. We sing the Death Blues.” This album will really make you think about all the connections you have missed and develop a new plan to make sure you don’t miss them again!
Key Tracks: ”Death Blues”, “Iron Sting”, “Impatience”
Artists With Similar Fire: Daniel Denis / Tortoise / Tatsuya Nakatani
Jon Mueller Website
Death Blues Info
Hometapes Records
Taiga Records
-Reviewed by Christopher Anthony