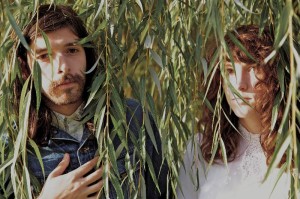 Widowspeak have a new record titled Almanac set to be released January 22, 2013 on Captured Tracks. Following the release of the first two album singles, “Ballad of the Golden Hour” and “The Dark Age”, the band has now shared the album’s final single, “Thick As Thieves”.