The Evens: The Odds [Album Review] 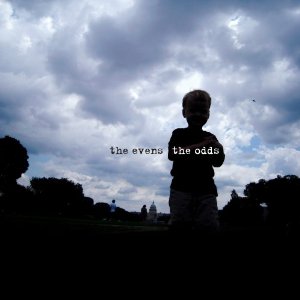 The Evens
The Odds
Dischord Records [2012]

Fire Note Says: The Odds is 13 songs you should definitely embrace!
Album Review: The Evens hail from Washington DC and feature the husband and wife duo of Ian MacKaye on baritone guitar and Amy Farina on drums. Their new lp, The Odds, is their third overall, and their first in 6 years. Much has been made of the fact that MacKaye has been in two absolutely legendary bands, Fugazi and Minor Threat, and a couple of really good bands, Egg Hunt and Embrace. A full 11 years has passed since the last Fugazi record, The Argument, came out, so it’s really time to judge The Evens on their own, and not wave them off with a dismissive “it’s good, but it’s no Fugazi”. The fact of the matter is, it is as good as Fugazi, it’s just somewhat different.
The musical dynamic in The Evens is really quite unique. We hear MacKaye’s quickly strummed guitar, but the real dominant instrument is Farina’s drums. She isn’t a particularly heavy, loud drummer, but she plays unique beat patterns and weave them around Ian’s guitar. Her drumming almost has a jazz musician’s feel, but don’t let that confuse you, she definitely is not playing jazz, but she does drop bombs on the beat, like Philly Joe Jones would. The duo often either sings together, or trade lines back and forth. Their voices go together very well. The delivery of the message might have changed somewhat, but the song still remains the same. MacKaye still writes pointed commentary in his lyrics, but he knows shows restraint in his delivery. On occasion, like on “Wanted Criminals” the band is close to whipping up a sonic fury like his past bands, but for the most part, they ride a step or two back from that line. For me, Farina really steals the show here, particularly on” King of Kings”, where her voice sounds amazing, but it’s always MacKaye’s chugging guitar riffs that ultimately hold the band together. 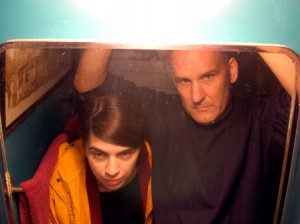 While I completely enjoyed the first two Evens records, The Odds is the first record of theirs that has knocked my socks off. This is a record that holds up, and at 13 songs is the perfect length, embrace them while you can!
Key Tracks: “Wanted Criminal”, “King of Kings”, “Let’s Get Well”
Artists With Similar Fire: Fugazi / Jawbox / Unwound
The Evens Website
Dischord Records
-Reviewed by Kevin Poindexter