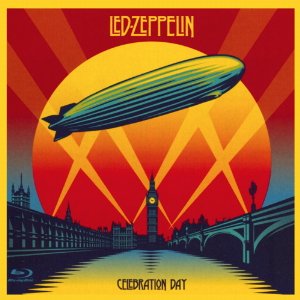 Fire Note Says: Coming from the land of snow and ice – Zeppelin shows that they still have it!
Album Review: About 33 years ago culture and the world was dealt a great loss with the passing of Led Zeppelin drummer John Henry Bonham. You then ask yourself – how could Zeppelin continue with this devastating loss? Well truth is they really couldn’t, there was really only one man who could hold down the kit. It was smart of them to stop and move on as they could have tarnished and disrespected a legacy that only these four men could achieve. Fast forward to 2007 and the Ahmet Ertegun Tribute Concert (Ertegun being the founder of Zeppelin’s label Atlantic) which was one of the most sought after concert tickets in history. A world record 20 million people inquired for a chance to hold a ticket to this event which is the back story as you now have Led Zeppelin’s Celebration Day.
As I said before, Celebration Day is the three remaining members of Led Zeppelin being Page. Plant, and Jones with Bonham’s son Jason Bonham taking up his father’s kit. Paying tribute to their fallen label founder, it was a day for celebration, celebration for the life of a fine man and a fine label, celebration of music and a celebration that despite the age of these men manage to pull it all off. I do think that when compared to the excellent How The West Was Won (2003) this recording misses some of the magic but then again it is not a totally fair comparison as that was a youthful Led Zeppelin in their prime with the world theirs to take. Regardless, this live collection has an intensity, value, and attack that can present an exciting listen to even the most basic of fan. 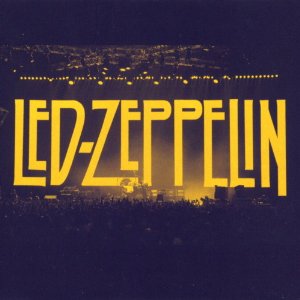 On Celebration Day, Zeppelin presents rousing romps hit after hit and even debuts a later Zep song in the form of “For Your Life.” Highlights include “Good Times Bad Times” showing that Page still has his chops. “Black Dog” with its famous Plant audience call and answer and my personal favorite “In My Time of Dying” which brings back the hey days when Page’s slide technique ruled the fret board. “Trampled Under Foot” brings the funk as Jonsey shows that he’s just as comfortable on the keys as he is with a bass in his hands. “No Quarter” brings back the floaty Zeppelin mysticism that so many albums in their catalogue held. “Dazed and Confused” brings 11 minutes of savage string bends, emotional wails, and creeping bass lines. Page’s famous 4 minuet violin bow solo also included, conjuring winces and wines out of his instrument.
“The Song Remains The Same” maintains the energy felt in the days of old. Jason Bonham is clearly posed by his father as he keeps the drum thunder intact with great articulation and poise. “Whole Lotta Love” still possess the chunk as the riff digs into your ears. Plants vocals gain a bit more rasp but are no worse for the ware as there are howls abound. Final tune “Rock and Roll” still produces its cool hip shaking jive and hearing Plant croon “lonely, lonely, lonely time” never gets old.
At this moment in 2007, Led Zeppelin was the coolest band on the planet. The three living members along with Jason Bonham brought what was wanted by millions around the world – a kick ass reunion and live show. Celebration Day nails that, and is a fine live cross section. It’s not the top of their performances’ by any means, but for these elder gods to reunite and bring the house down in impressive rock star fashion is an impressive feat in its own right. All hail Led Zeppelin!
Key Tracks: ” In My Time of Dying”, “Trampled Under Foot”, “Dazed and Confused”
Artists With Similar Fire: Deep Purple / Pink Floyd / Black Sabbath
Led Zeppelin Website
Led Zeppelin Facebook
Atlantic Records
-Reviewed by Christopher Tahy