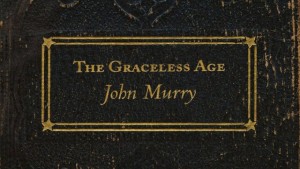 John Murry’s noir solo debut ‘The Graceless Age’ was one of the best-reviewed albums of the year in the UK and it’s coming to the States in March. The Graceless Age’ was the last album co-produced by Sun Kil Moon’s Tim Mooney so the soundscape burbles with electronics, guitar smeared with delay, found sounds, and the like.
If you are a fan of Red House Painters, eels, Sparklehorse, Beck’s ‘Sea Change,’ Tom Waits, or Leonard Cohen, then John Murry should be right up your listening alley. You can check out his video for “California” below.