How To Destroy Angels: An Omen EP [Album Review] 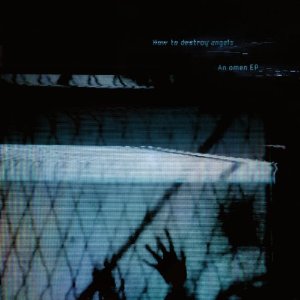 How To Destroy Angels
An Omen EP
Columbia Records [2012]

Fire Note Says: Reznor’s new How to Destroy Angels EP is a blend between beautiful and forgettable.
Album Review: Back in the 90’s, Reznor and others through music, art, and music video made being an angst ridden freak an interesting idea. But with Nine Inch Nails on hiatus, and an even more ambient turn on his last projects under the NIN banner, Reznor has maybe left that tortured genius persona back in the 90’s as he matures into what maybe now is a twisted mastermind. In this decade he’s broken into film scores in 2010’s The Social Network and also in 2011 with The Girl With the Dragon Tattoo. One other avenue he presented himself in was that of video game music by composing the main theme for 2012’s Call of Duty: Black Ops 2. Even as this is all going on, Reznor and wife Mariqueen Maandig, still manage to boop, beep, bop, and bass their way into our ears with the How To Destroy Angels EP An Omen.
Let me try to get a mental image conjured up for you, think of a darker, at times sinister Thom Yorke that could be 50% Kid A and 50% The Eraser b-side ‘The Drunkk Machine” – do you follow? For this EP husband and wife put together an electro-ambient, beat driven beauty that at some point may be to sparse and repetitive for its own good to ever becoming engaging as it has the potential to be. Album opener, “Keep It Together” reverberates with low end bass buzz and echoes of what sounds like a Middle Easter inspired violin lick-the track could almost pass for an experimental b-side from Radiohead‘s Hail to the Thief sessions. I talk of beauty and that’s brought on by Maandig’s voice, too bad it’s underutilized. 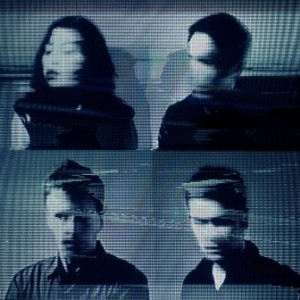 One instance though where it does shine is on “Ice age”, the 6th string of the guitar is the anchor here as it thumps under what plinks around like a demented music box picking pattern. The voice floats and coos “Ocean-wash us all away” over the repetition and it’s the care and pacing in the singing that keeps the listener engaged of the 7 minute track. “The Sleep of Reason Produces Monsters” stair steps its way up the scale with a childlike “Kid A” sound and carries a simple ambience that begins to grow a bit fuller as the track progresses until its abrupt end. Rounding out the album “Speaking In Tongues” presents themes that we’ve heard already throughout the album and that has to be my main problem with An Omen is that it might be so straightforward that everything ends up being reused in a different way and or reconstructed but maybe something else could have been thrown in to engage the listener a bit more.
It sounds like How to Destroy Angels is trying to go for an electro/static simplicity here but I am not really sure. I know that we‘re not always looking for a musical challenge but what I can say is that this record might be a bit too simple for its own good and sometimes that can add up to being forgettable.
Key Tracks: “Ice Age”, “The Sleep of Reason Produces Monsters”, “Speaking In Tongues”
Artists With Similar Fire: Thom Yorke / Puscifer / Nine Inch Nails
How To Destroy Angels Website
How To Destroy Angels Facebook
Columbia Records
-Reviewed by Christopher Tahy