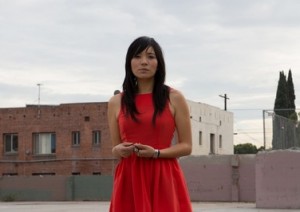 Thao & the Get Down Stay Down will tour North America this spring in support of their forthcoming full-length album, We the Common (out on Ribbon Music February 5 in the U.S., February 4 throughout the rest of the world). See below for a list of dates.
We the Common is available now for pre-order, as is the deluxe vinyl version of the record which includes a limited edition 7” with covers of Melanie’s “Brand New Key” and The Troggs’ “With A Girl Like You” (the 7” is also available as a download with pre-orders of the CD). Pre-order at http://ribbonus.dominorecordco.com/ribbonus/albums/02-11-12/we-the-common/. The group has also revealed the new record’s artwork, see above.
Recorded at San Francisco’s Tiny Telephone Studios and Dallas’ Elmwood Studio, We the Common was produced by John Congleton (St. Vincent, Bill Callahan, the Walkmen, Explosions in the Sky) and features a duet with Joanna Newsom on the track “Kindness Be Conceived.” Thao observes, “We the Common is an album about wanting to be a human who tries and is grateful for the opportunity. It is about wanting to be better and closer to people. I have had over a year respite from touring and recording—in this year I started really trying to be a part of the community I live in and the family I was born into.” The album is the follow-up to Thao’s 2009 release Know Better Learn Faster. 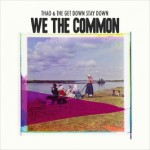