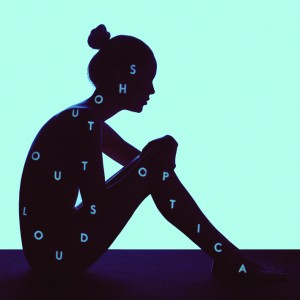 Swedish five-piece Shout Out Louds will be releasing their fourth album on Merge Records titled Optica February 26, 2013. The album marks 10 years since Shout Out Louds released their debut, Howl Howl Gaff Gaff. Last week, the band gave away the first taster from Optica, “Blue Ice” as a 7″ actually made of ice. Only 10 ice kits exist worldwide. The official music video for “Blue Ice” is posted below and was directed and animated by Johan Toorell.

A note from Thom Yorke on the new Atoms For Peace due Feb 25.